Porsche Taycan To Get More Affordable and Even More Fun

Currently, the all-wheel-drive '4S' is the entry-level variant of the Taycan 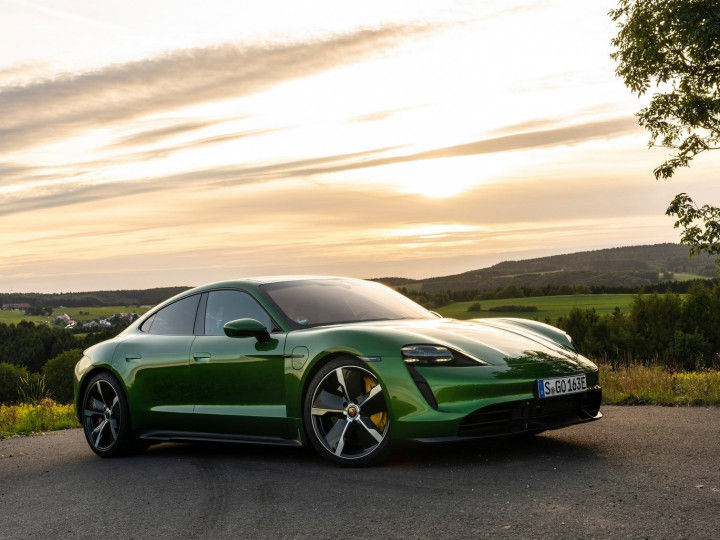 It’s safe to say Porsche got its first all-electric offering right. The Taycan is a fast sedan, which can seat four occupants while also offering consistent performance that does not taper off like other EVs. It is extremely well-built and packs enough tech. But all of this comes at a cost. The Taycan is not exactly cheap with the range-topping Turbo S retailing at $187,610 (Rs 1.34 crore).

Yes, Stuttgart came up with the Taycan 4S, which will burn a smaller hole in your wallet, but a hole nevertheless with a starting price of $103,800 (Rs 74 lakh excluding taxes). With immense competition from Palo Alto's Tesla and its varied range of offerings, Porsche is contemplating on making the Taycan even more accessible for the masses.

Various reports suggest a more-affordable rear-wheel-drive Taycan is in the works. A smaller battery pack and the absence of AWD are likely to lower the asking price. Porsche is aiming to plug the gap below the Taycan 4S and launch the RWD for markets that don't demand the AWD. Makes us wonder, will it come to India since the Taycan is expected to debut in the near future.

All variants of the Taycan are offered with a 79.2kWh battery pack or an optional 93.4kWh 'Performance Battery'. Depending on what you choose, you have output figures starting from 530PS extending all the way till 751PS. The maximum claimed range for the Turbo is rated at 450km, Turbo S at 402km and 463km for the base Taycan 4S.

The entry-level Taycan in question is expected to use an even smaller battery pack that will power a single motor, positioned at the rear axle. As the current base Taycan 4S develops 530PS, expect the upcoming RWD variant to develop somewhere around the 450PS mark.

In other news, Porsche is also working on a Cross Turismo version of the Taycan with a body style similar to the lovely Panamera Sport Turismo. Closer to home, we expect to see the Taycan possibly by 2021.