Mahindra Will Launch The 130PS XUV300 Sportz In India In April

Could this be India’s most powerful sub-4m petrol SUV? 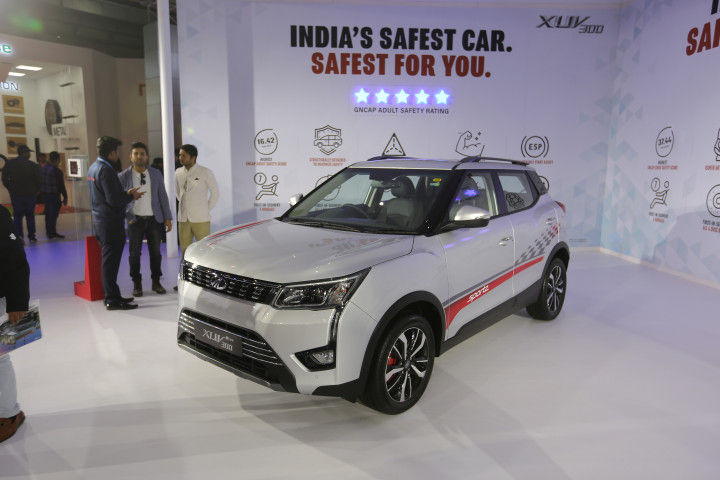 Mahindra showcased the XUV300 Sportz at Auto Expo 2020 and we now have news that it’ll be launched in India in April. The Sportz is a more powerful turbo petrol variant which will be sold alongside the current 1.2 turbo petrol and 1.5-litre diesel variants. Once it goes on sale, the XUV300 Sportz will rival the Ford EcoSport, Hyundai Venue, and Maruti Suzuki Vitara Brezza.

The only giveaways that this is not your usual XUV300 are the decals on the bodywork and red front and rear brake callipers. The biggest change is under the bonnet. The XUV300 Sportz is powered by a 1.2-litre T-GDI turbocharged and direct-injected petrol engine which makes 130PS of power and 230Nm of torque, 20PS and 30Nm higher than the BS6 1.2-litre turbo petrol. It will be paired with a 6-speed manual transmission. An automatic gearbox could be introduced later.

Inside, the XUV300 is identical to other variants other than the red trim on its dashboard. The interior is all-black with red stitching on the seats.

Currently, the Tata Nexon and Hyundai Venue are the segment champions for petrol power. They make a near-identical 120PS of power and 170Nm of torque. Once launched, the XUV300 will have a 10PS power advantage and a whopping 60Nm more torque.