The 2020 Mahindra Thar Is Here After What Seems Like An Eternity! 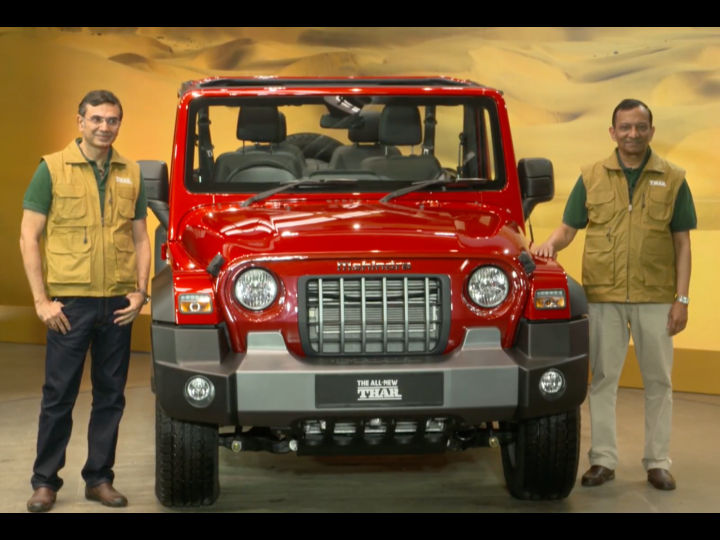 Here’s your first proper look at the new-gen Mahindra Thar. You must have seen it in millions of spy shots and memes. But the new Thar has dropped its camo and is here after what seems like an eternity. Has the wait been worth it?

Yes, indeed. The new-gen Thar feels like a complete product. It’s larger, comes loaded with features and the best part… it’s now offered with an optional automatic transmission and a petrol engine! This makes the Thar all the more appealing, both to the heart and the head.

For starters, it’s offered in three variants: AX, AX Option and LX. The Thar AX series is aimed at the adventurer seekers while the LX takes a more premium approach. The latter is also offered with a factory fitted hardtop while soft top is offered on both variants. You’ll also be happy to know that the front doors can be removed, giving that off-roader style look. The new Thar can be had in six colours:  Red Rage, Mystic Copper, Napoli Black, Aquamarine, Galaxy Grey and Rocky Beige.

Then there’s the design, which is familiar as the Wrangler-inspired seven-slat grille, round headlamps and that boxy silhouette have been retained. And that’s no bad thing as the Thar still grabs eyeballs. And that's also because it's a lot bigger now, though Mahindra is yet to share dimensions. That said, Mahindra has infused a tinge of modernism with features like LED DRLs and 18-inch alloy wheels. You also get LED tail lamps and a closer look reveals a ‘Thar’ logo embedded in it. Sweet!

Step inside and you’ll see a feature rich dashboard, a complete opposite departure to the previous-gen Thar. There’s a new 7-inch touchscreen infotainment system that’s mounted high on the dashboard and packs real-time statistics. The driver gets a new instrument cluster with a coloured multi-info display. Mahindra has stated that all the controls have been waterproofed to give the Thar a washable interior!

You can pick up the Thar with two engine options. There’s the familiar 130PS/300Nm 2.2-litre diesel engine while those looking for something refined have the option of a 2.0-litre turbo petrol engine that develops 150PS and 300Nm (320Nm in AT variants). Mahindra will offer both engines with the choice of a 6-speed manual and automatic transmission. Both transmissions will feature a low range transfer case to help you tackle any terrain.

And this being a Thar, it also comes with plenty of off-road biased features. Yes, it still drives all four wheels and comes with both electronic and mechanical locking differentials. It has a water wading ability of 650mm, an approach angle of 41.8degree, departure angle of 36.8degree and rampover angle of 27degree. It’s also underpinned by a new ladder frame chassis and sits on independent double wishbone suspension at the front and multi link coil spring rear suspension.

Clearly, the Thar has evolved on many fronts but we see where Mahindra is going with it. While the previous-gen Thar was targeted at purists, the latest version with more features and powertrain options aims to woo a wider audience. It’s more family friendly and we bet this reason is enough to pull more buyers into the showroom.

So when’s the new Thar launching in India? Well, it’s on another holiday: October 2, Gandhi Jayanti. Prices could range between Rs 9.5 lakh and Rs 13 lakh (ex-showroom). It will lock horns with the Force Gurkha and the upcoming Maruti Suzuki Jimny.