The flagship Lexus sedan will take on the likes of the S-Class, 7 Series, XJ, and the upcoming A8 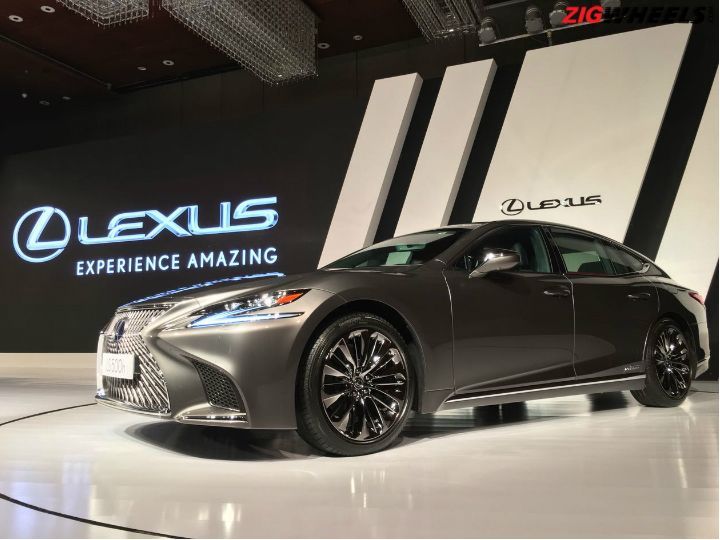 Lexus India has launched its flagship sedan in the country, a year after it made its debut at the 2017 North American International Auto Show in Detroit. The LS 500hcombines the luxurious features of a top of the line sedan in this category with Lexus’ commitment to greener motoring, being available only with a hybrid powertrain in India.

The LS 500h has been launched in three trim levels and are priced, ex-showroom pan India, as follows -

In terms of design, the LS 500h, first showcased as the LF-FC concept back in 2015, is quintessentially Lexus. Highlights include the spindle grille flanked by triple-barrel LED headlamps with tickmark-like DRLs at the front, a coupe-like roofline at the side and wraparound split tail lamps which flank a trapezoidal number plate housing at the back.

Lexus has not left any stone unturned to make the LS500h stand out in the full-sized flagship luxury sedan segment, giving it features like 28-way adjustable electric front seats with heating, cooling and massage functions; rear seats with a 48-degree recline function, and adaptive variable air suspension system with dynamic damping. It also gets a 23-speaker, 2,400-watt Mark Levinson sound system with speakers integrated into the roof, and a four-zone climate control system. The Lexus LS 500h is also the only car in its segment to get a 24-inch head-up display, allowing more information to be shown to the driver in better detail.

The LS 500h is powered by a combination of a twin-turbocharged 3.5-litre V6 petrol engine and two electric motors with a combined output of 359PS. Power is transmitted via an e-CVT gearbox to the rear wheels. For a car its size the Lexus LS500h is quite efficient, the company claims a fuel-efficiency of 15.38kmpl!