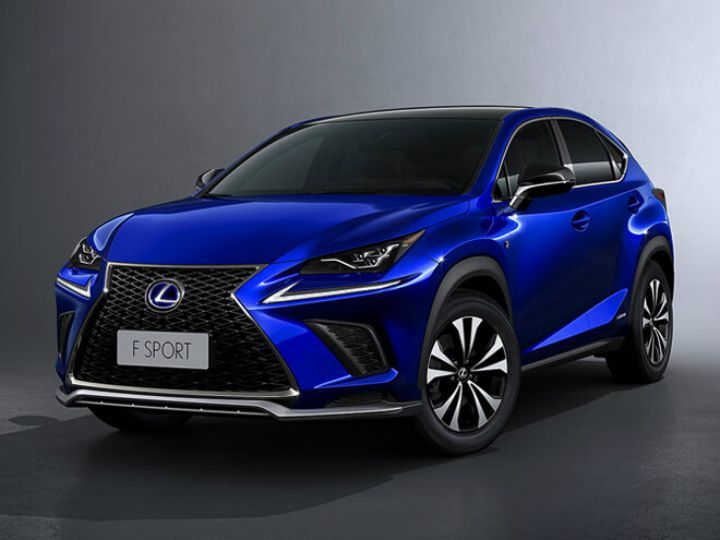 Lexus has announced the prices of the its smallest SUV offering in India, the Lexus NX 300h, mere days after it was unveiled. Available in two variants, the first units of the NX 300h will be delivered to customers in early 2018.

The Lexus NX 300h is priced, ex-showroom India, as follows:

Unlike other models in Lexus’ Indian lineup, the NX 300h is quite aggressively priced, placing itself in a nice niche in a group consisting of SUVs/crossovers like the Land Rover Discovery Sport, Range Rover Evoque, Mercedes-Benz GLC, BMW X3 and the other new entrant, the Volvo XC60. The NX 300h has the distinction of being the only hybrid SUV in this segment, with an ARAI-certified mileage of 18.32kmpl making it as desirable as any of its diesel-powered counterparts.

One of the Lexus NX’s biggest highlights is its design -- it is certainly one of the more polarising SUVs in its class. Highlights on the outside include all-LED jewel-like headlights, L-shaped LED DRLs, Lexus’s signature spindle grille, 18-inch alloy wheels, wedge-like taillights and dual exhaust pipes. The NX 300h F Sport can be identified by its ‘sportier’ grille design, black ORVM covers and silver 5 dual-spoke alloy wheels. The NX 300h Luxury, on the other hand, features black-and-copper dual-spoke alloy wheels.

Also Read: Impressed with the NX 300h's price? Read our first impressions of the SUV here!

The eye-catching design continues on the inside -- the dashboard is heavily sculpted and is topped off with a 10.3-inch infotainment screen. Feature highlights include a colour heads-up display, all-leather upholstery, fixed panoramic sunroof, 14-speaker Mark Levinson surround sound system, hands-free tailgate, wireless phone charging pad and dual-zone climate control. The Luxury variant gets electronically folding and reclining ventilated seats which the F Sport variant misses out on. On the flip side, the F Sport variant gets four sportier interior dual-tone themes, ‘sport’ front seats, aluminium pedals and a sound generator which pumps in sporty sounds through the speakers to make the NX sound better.

The Lexus NX 300h is powered by a hybrid powertrain which consists of a 2.5-litre, 4-cylinder naturally aspirated petrol engine and two electric motors, one on each axle. The system has a combined output of 197PS of maximum power and 210Nm of peak torque. The engine sends power through an eCVT to all four wheels via an intelligent AWD system. The NX 300h can do the 0-100kmph run in 9.2-seconds and go on to hit a top speed of 180kmph, claims Lexus. Drivers can choose from five driving modes - Normal, Eco, Sport, Sport+ and Custom, to set the throttle response, gearshift speed, steering feel and suspension damping according to their mood.

Also Read: Lexus cars about the environment, plants trees for every car it sells in India