The new flagship variant has been introduced in India at Rs 2.22 crore (ex-showroom) 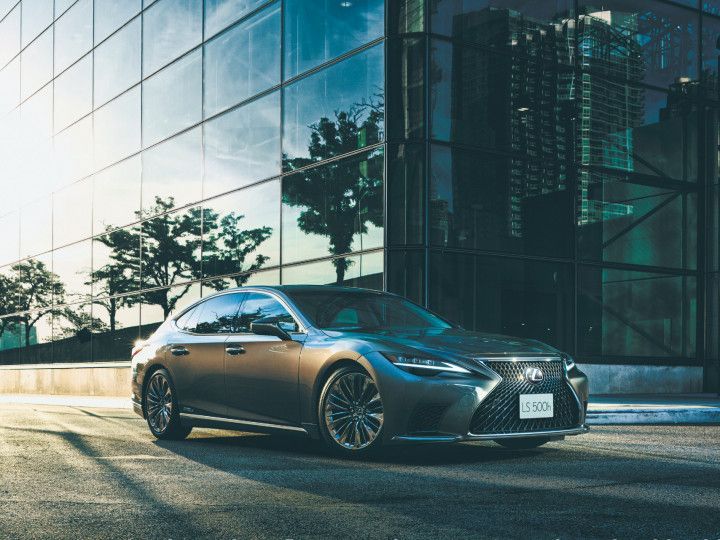 Lexus India has launched a new variant of the LS 500h, dubbed the Nishijin. Priced at Rs 2.22 crore (ex-showroom, Delhi), the all-new luxury sedan costs a whopping Rs 31 lakh more than the entry-level variant (Rs 1.91 crore). The brand has given the LS 500h a few crucial updates across the range.

The Nishijn gets some cosmetic additions based on traditional Japanese handicrafts like the ‘Nishijin & Haku’ ornament in its interior.

It’s inspired by the path of the moonlight on the sea, a rare phenomenon witnessed for a few days before and after a full moon. While the intricately woven silver threads of brocade depict the shimmering waves, the ‘Haku’ platinum foil introduces the essence of the moonlight shining down on the sea.

The aim behind this ornamentation was to showcase Lexus’ high-quality craftsmanship. After all, Japan is known for its traditional craftsmanship, right?

What’s New Across The Range?

Lexus has given the LS 500h a few important updates. Its 12.3-inch infotainment now finally supports Apple CarPlay and Android Auto, a crucial feature found even in an Alto! Then there’s the modified bumper that ups the sedan’s stance. Topping the list of updates are the redesigned interior buttons for better visibility and usability.

You can have the all-new LS 500h in a new shade, Gin-ei Luster -- a silver colour that reacts to the surrounding light.

No changes have been made under the hood. It continues to pair a 3.5-litre petrol engine with an electric motor, generating an output of 358PS. Being a hybrid, it can be driven as a pure EV, thanks to which it returns a respectable 15.4kmpl (claimed). It’s also quick, capable of going from 0-100kmph in just 5.4 seconds.

While these updates do give the LS 500h a breath of fresh air, we must say it’s still overpriced compared to its rivals such as the Mercedes-Benz S-Class, Audi A8L, and the BMW 7 Series. That said, the LS 500h surely outshines the other three models when it comes to exclusivity.