Lexus Drives In Flagship SUV With A Stonking V8 In India 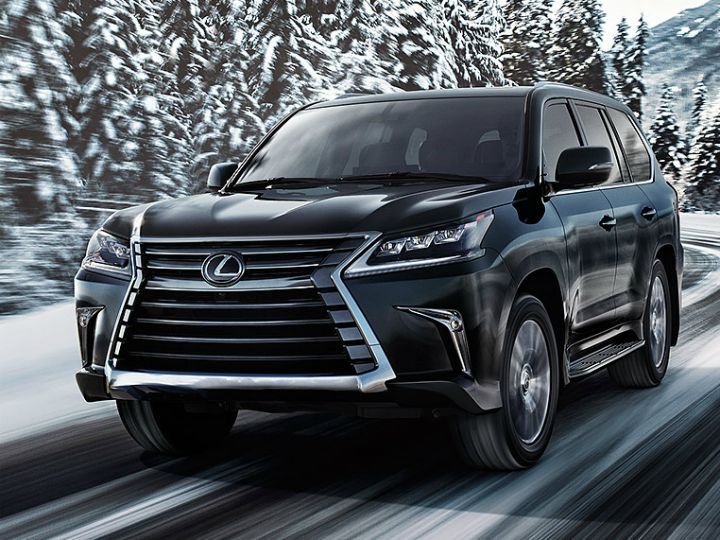 Lexus has launched its flagship SUV, the LX 570, in India at a base price of Rs 2.32 crore (ex-showroom). The Japanese luxury carmaker calls its latest offering “the highest expression of go anywhere performance fused with peerless luxury and urban sophistication.” What does that mean for you and me? Well, it means that Lexus has brought us an SUV that will probably stand the test of time, or even a nuclear holocaust perhaps.

That’s because the LX 570 packs a monster of an engine - a 5.7-litre V8 that puts out 388PS of power and 546Nm of torque - along with superior off-road technology and multi-terrain adjustment systems. It also gets an 8-speed ECT with AI (artificial intelligence) shift. The luxurious and comfortable cabin gets a total of eight seats wrapped in semi-aniline leather designed by a Lexus master craftsman. Lexus says that the drive experience is further enhanced by signature features such as climate control and superior entertainment systems. It also says that the Lexus spirit of hospitality, or omotenashi, is expressed through a spacious cabin, silky white LED lighting and ambient illumination integrated in the doors. We’ll reserve our judgement until we put one of these mammoths through a proper road test.

Like other Lexuses, the LX 570 gets signature design elements such as the spindle grille and L-shaped illumination of the triple LED headlights. Still sticking to a body-on-frame construction, the LX 570 makes no qualms about its size - it’s over 5.1m long, 1.9m tall and 2m wide. The high sides and the upright styling pays little regard for aerodynamics. Yet, it drives off-road with such finesse that can only be beaten by its cousin - the Toyota Land Cruiser.

“The performance and perfection of the 2018 LX embody the highest expression of Lexus engineering and design in an SUV and delivers for the Indian road in ways not previously seen. The addition of the LX 570 to our line-up in India offers our guests a striking vehicle with a commanding presence on the road, and exceptional ride quality to match. This is a car built for those who navigate the life’s twists and turns with ease and authority,” said N Raja, chairman of Lexus India.

Other highlights of the LX 570 include a frame designed to separate the suspension from the bodyshell to help prevent noise and vibration from entering the cabin. The Multi-terrain Select lets the SUV negotiate a range of conditions with the help of a 5-speed Crawl Control unit that is capable of adjusting the torque and brakes on each wheel independently, allowing the driver to focus on steering.

Lexus has begun accepting bookings for its flagship offering in the country. The LX 570 competes against other true-blue luxury off-roaders such as the Range Rover and the Toyota Land Cruiser in India.