The flagship sedan will take on the Mercedes-Benz S-Class, BMW 7 Series, Jaguar XJ and the Audi A8 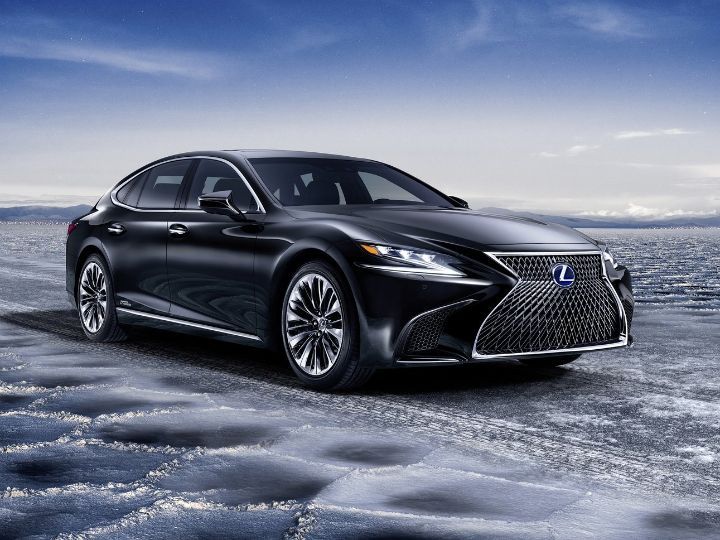 Toyota’s luxury arm, Lexus, will launch the LS saloon in India on January 15, 2018. To keep in tune with offering something different from all its competitors in the country, it is the 500h hybrid variant of its flagship saloon that will make it to our shores. The new LS made its world premiere at the 2017 NAIAS (North American International Auto Show), two months before Lexus began its India innings with three products - the ES 300h, RX 450h and the LX 450d.

Like all other products in India, Lexus will bring the LS via the CBU (completely built unit) route. And that means it will be priced way more than its comparable direct rivals, which include the Mercedes-Benz S-Class, BMW 7 Series, Jaguar XJ and the Audi A8. But as mentioned above, it is the hybrid powertrain that sets the Lexus apart.

As far as the powerplant is concerned, the LS 500h will house a combination of a 3.5-litre V6 petrol engine and two electric motors. The total power output is rated at 355PS and transmission duties, like all other hybrid Lexus models, is handled by an e-CVT (electronically controlled Continuously Variable Transmission) unit. Lexus’ E four electric all-wheel drive is likely to be the choice for India.

The company is also expected to launch the LS 500h with all the optional extras as part of the standard kit. This is not a standard practice for the Japanese carmaker elsewhere, but it wants to set itself apart from the competition by offering fully-loaded cars only. That means a never-ending feature list, which includes 28-way adjustable electric front seats with heating, cooling and massage functions, rear seats with a 48-degree recline function and adaptive variable air suspension system with rapid height adjustment. The 5.2-metre long saloon also features a 23-speaker, 2,400-watt Mark Levinson sound system and a four-zone climate concierge.

We expect it to cost in excess of Rs 1.5 crore. In November this year, Lexus unveiled the NX 300h for the Indian market but surprisingly did not reveal the price list. Although the company said that it is currently working on the prices for the entry-level SUV and will reveal them early next year, we hope that it doesn’t do the same with the LS.