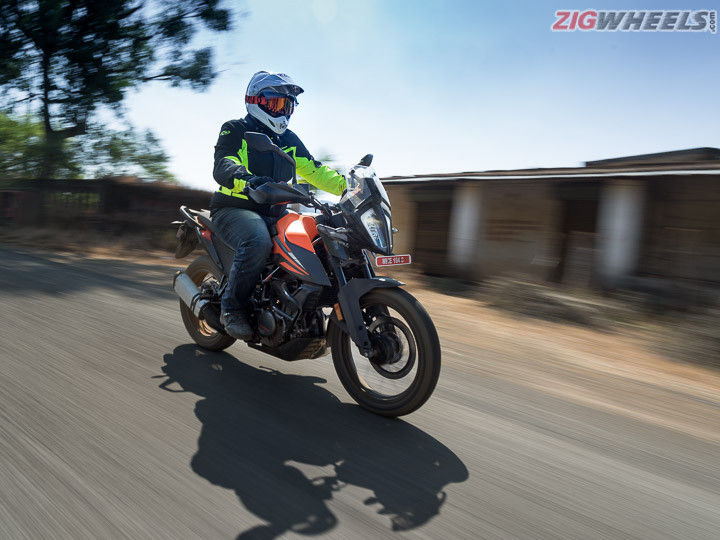 Way before KTM ever started making road bikes, it was slugging it out in the mud, trying to make a name for itself in the off-road business. Even though it has its own road racing department, it is in off-road competitions that KTM has reaped the most rewards. World MX championships, American MX championships, freestyle riding, cross-country rallying, and the big daddy of the mall, the Dakar Rally - KTM has won it all. With a pedigree like that, there were bound to be high expectations from the smallest member of KTM’s Adventure lineup, the 390 Adventure. Much to our dismay, it doesn’t live up to that badge. How could KTM have got it so wrong?

Before you jump the gun and call us out by saying that we will harp on about the lack of spoke rims, let us tell you that we aren’t. At least not until you reach the second-last paragraph of this article. The issues that we found with the 390 Adventure were far more pressing while going off-road, which is a shame for those who were looking for that perfect step-up from a small trail-bike like the Hero XPulse 200 or the erstwhile Hero Impulse.

Adventure motorcycles are known to look big and intimidating. The KTM 390 Adventure sticks to that part of the brief. But once you hop on to bikes like the Honda Africa Twin, the Triumph Tiger 800 (we await to try out the Tiger 900) or even the BMW R 1250 GS, these motorcycles make you feel easy to move around while parking, in tight traffic situations or when you would actually drop the bike off-road. Instead of developing a new chassis for the 390 Adventure, KTM stuck to the same split-trellis unit from the 390 Duke. With longer-travel suspension at both ends and a larger front wheel, the seat height, which was already a bit much on the Duke, shot up to 855mm. In comparison, the seat height on the Africa Twin is 850mm, the Tiger 800 XR (the road-focused one) is 810mm and the R 1250 GS is 850mm. All of these biggies are lower than the 390 Adventure.

One of the basic necessities of off-road riding is the ability to have a good chunk of bottom-end torque. You would want something that can get you going slowly without having to struggle constantly with the clutch. And a linear torque curve, that is a given. The last thing you want is a sudden rush of power on loose surfaces. Given that there is no change in engine tune from the 390 Duke, the 390 Adventure becomes a handful when you are hitting your nearby tight trails. You have to be constantly slipping and working the clutch while diligently modulating the throttle so as to keep you going.

The suspension travel on offer is lower than the Royal Enfield Himalayan, the XPulse or even the BMW G 310 GS! The first two have the KTM beat on ground clearance as well. Hence, this is more of a 390 Duke on-stilts.

Isn’t that exactly what a GT or a Grand Tourer is? A motorcycle more than capable of gliding over anything that the road networks of the world can throw at you. The 390 Adventure is a delight on open roads. The motor tune helps it get to 120kmph as quickly as the Duke and thanks to better wind protection, you would be able to sustain the speed effortlessly. Thanks to its long wheelbase, the 390 Adventure also feels stable cruising at high speeds.

The hopping on to the bike part might be an issue. Get rolling and the roomy seat is welcoming enough for riders of all sizes to find a comfortable stance. And perhaps, this is the first KTM in India that your pillion rider will happily climb aboard.

The Metzeler Tourance can handle small gravel patches and are equally capable on tarmac. Existing KTM owners are well versed on the fragile nature of the alloy rims on the Dukes and the RCs. However, even after skipping, jumping and bashing the bike on rocks the whole day, the rims on 390 Adventure stood strong. Suddenly, the need for the spoke rims goes away, doesn’t it?

It is a shame the KTM 390 Adventure is not the answer for our small-capacity adventure needs; you’d be much better off with a Himalayan or an XPulse 200. However, get rid of the Adventure tag and slap on a GT badge, and the bike will make a lot of sense for those who are looking to explore the length and breadth of India on a budget.