Kawasaki is reportedly working on the cruiser, likely to be called Eliminator H2 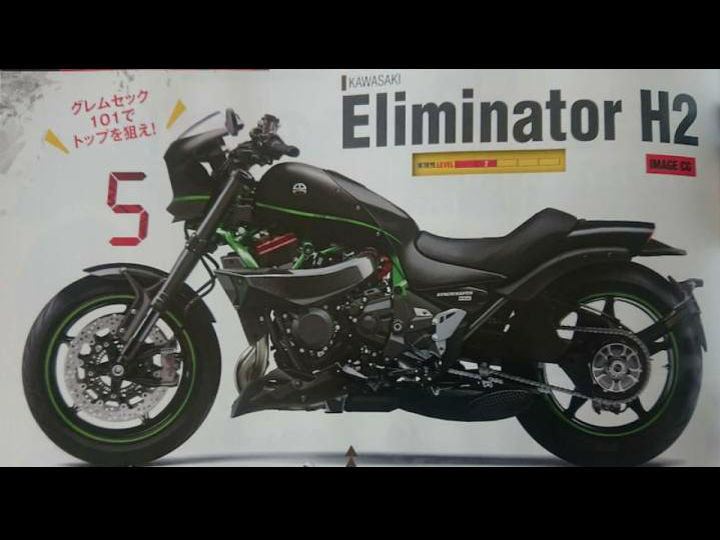 Rumours are running rife that Kawasaki is on the verge of completing the development of its Kawasaki Ninja H2-based performance-oriented cruiser. The bike, likely to be called the Kawasaki Eliminator H2, has been rendered by a Japanese media house, and we must say, it has a nice balance of old-school Eliminator vibes with the new-age H2’s aura.

The Kawasaki Eliminator is the Japanese brand’s cruiser lineup, first introduced in 1985. Over the years, Kawasaki launched multiple models under the Eliminator sub-brand, with engines ranging from 1000cc all the way down to 125cc. Some of you might also remember that one of the bikes, the EL175, was sold in India as Kawasaki Bajaj Eliminator back when Bajaj and Kawasaki were partners. It then formed the basis of the now-popular Bajaj Avenger range.

The Eliminator range disappeared into oblivion around 2007. Now it looks like Kawasaki might just revive the brand with the Eliminator H2. The rendering suggests that the bike will have premium underpinnings in the form of an inverted front fork, rear monoshock, and twin front discs with radial calipers, perhaps from Brembo. The mid-set footpegs and the slammed handlebars suggest an easy-going yet slightly sporty ergonomics.

The 998cc inline-four liquid-cooled supercharged motor from the Ninja H2 is likely to be tuned more in favour of torque rather than power. In the H2, it produces an insane 231PS at 11,500rpm and 141.7Nm at 11,000rpm. We’re sure even with the revised tune, the Eliminator will be one of the most powerful cruisers in production. Unlike the supercharged track tamer, the Eliminator H2 is likely to feature minimal (but essential) electronics, which should help in keeping the costs down.

Expect the motorcycle to be launched in the first half of 2021 in the international markets, followed by a launch on our shores perhaps a few months later. As far as the pricing is concerned, it could command around Rs 20 lakh (ex-showroom), rivalling the Ducati Diavel 1260 and Triumph Rocket 3.