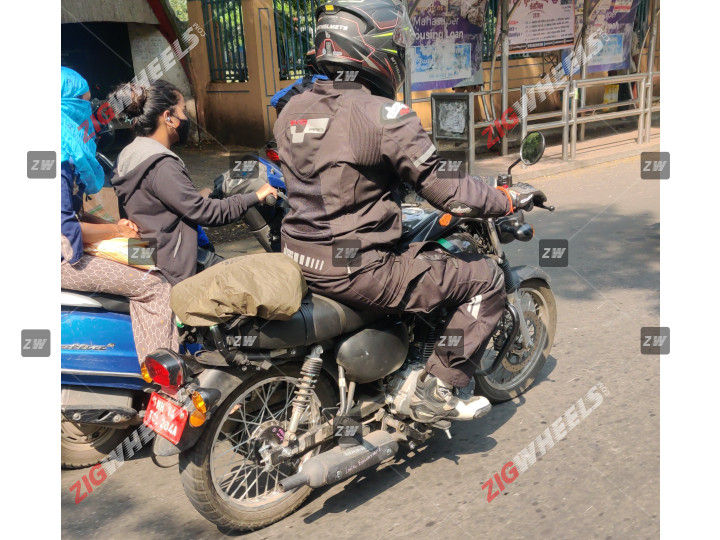 After compatriot Honda, Kawasaki too seems keen on jumping on the small capacity retro bandwagon. The company already has the Z900 RS and the W800 in India, the latter being the sensibly priced and true blooded classic motorcycle. In a similar vein, the small-capacity W175 could follow suit very soon. A test mule was recently spotted doing the rounds in Pune, and we think it could very well be launched sometime next year.

The W175 is currently Kawasaki’s smallest retro motorcycle in the W series. It carries the same design language as the W800, which itself is inspired by the British bikes of the 1950s. Powering this small-capacity roadster is a 177cc single-cylinder air-cooled undersquare carbureted engine, putting out 13PS and 13.2Nm. Hopefully, with the addition of fuel injection, to meet BS6 norms, the performance can receive a small boost but not enough to, say challenge the Royal Enfield Meteor 350 or the Honda H’ness CB350.

Where it does have an edge over the aforementioned two and all of the other retro bikes is the kerb weight: 126kg. That’s almost 65kg and 55kg lighter than the Meteor 350 and the H’ness, and even 46kg lighter than the Jawa, the lightest in the class so far. Even if the weight were to go up by a kilo or two due to the necessary emission updates, it would still remain very much the lightest classic bike to go on sale in the country.

The lightness will complement the 780mm low seat height well, making it extremely manageable for riders of all heights. While ABS isn’t mandatory in Southeast Asia (where the W175 sells well), it will be in India. A single-channel ABS unit would work just fine for a bike of its intent.

The only Indianised bits that we could currently spot are the CEAT tyres. Expect more localisation to take place if Kawasaki wants to hit the sweet spot with its pricing. That brings us to what could be the cost of such a bike. Considering that Kawasaki doesn’t have manufacturing capabilities in India, this small capacity classic bike will end up coming from Southeast Asia as a CKD product. That means pricing will be quite premium. Comparisons to the new Meteor 350 and H’ness CB350 will ultimately be drawn if Kawasaki prices it anywhere close to these two bikes. Still, a sub-Rs 1.70 lakh pricing for it would appease those who want the looks of a classic motorcycle but want something significantly lighter and easier to manage on a daily basis. Our only wish is that Kawasaki doesn’t apply the same pricing strategy as it did with the Versys-X 300 or even the Z900 RS. We all know how that panned out, don’t we?