Here's A Closer Look At The Honda Rebel 500

The Honda Rebel 500 when launched, could be the only mid-capacity cruiser available in India. We get under its skin 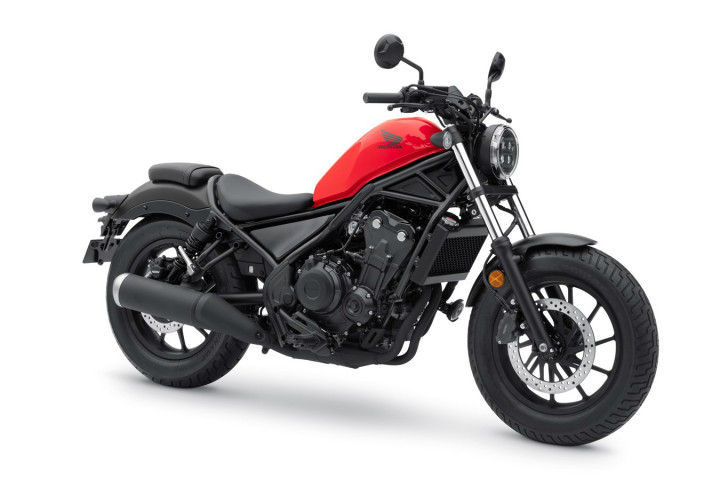 Honda will soon launch its 500cc motorcycle lineup in India. The list includes the CBR500R, CB500F, CB500X and Rebel 500. Of this list, the Rebel 500 is a mid-size cruiser and when launched in India could be the only mid-capacity cruiser available in India. Here is a closer look at the upcoming Rebel 500 via detailed images.

The Honda Rebel 500 was first showcased at the 2019 EICMA motor show. It is a larger iteration of the Rebel 300 and carries the same design language.

The Rebel 500 is available in four shades: red, black, grey and blue. The rest of the frame, suspension, wheels and powertrain have been blacked out.
Also read: Honda Rebel 500: 5 Things To Know

It gets an old-school looking round headlamp but with LED lighting, The turn indicators get the LED treatment as well with the front ones having enclosed DRL's.

The squarish LED tail lamp is inclosed into the number plate housing that also has the round turn indicators mounted on them. The fender carries the Rebel name in a subtle shade of black.

The neo-retro theme has been carried out in the circular instrument console as well. It is a full-digital unit and shows the speed, gear position and fuel level.

The fuel tank gets a flush fitting aircraft type filler cap. It can hold 11.2 litres of fuel.

The seat is wide and accomodating. Shorter riders will appreciate the low and accessible 690mm seat height.

The 471cc liquid-cooled motor delivers 46.2PS and 43.3Nm of torque. It gets a six-speed gearbox. The current motor is Euro 4 compliant but we will get the Euro 5/BS6 compliant motor here.

The suspension setup includes 41mm telescopic forks and twin Showa shock absorbers. Interestingly the cruiser gets fat 16-inch wheels at both ends. Braking is via disc brakes on both ends with single channel ABS as standard.

We expect the Honda Rebel 500 to be launched in India between December 2020 to February 2021. Initially, it will come via the CKD route but eventually, the cruiser will be heavily localised. We expect the Rebel 500 to initially be priced around Rs 4.5 lakh. At that price point, it would compete with the Benelli Leoncino 500.
Continue reading