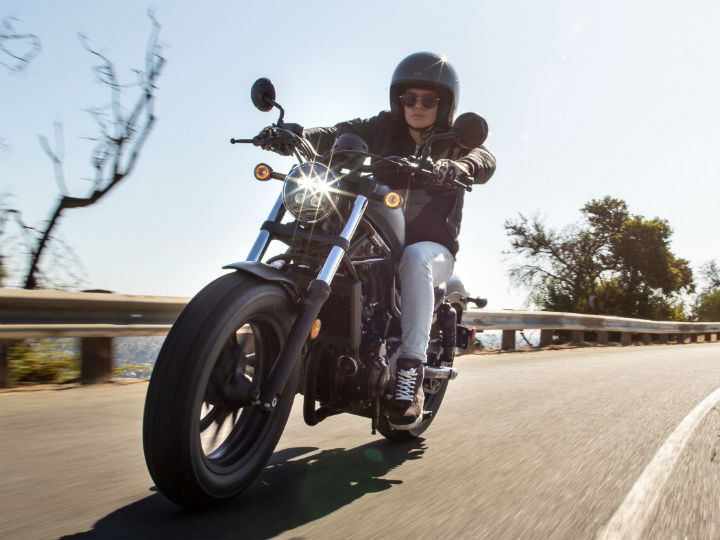 Honda is likely to bring its entire 500cc International lineup to India by the end of the next financial year. This includes the Honda Rebel 500 as well. When launched, it will be the Japanese brand’s first small-capacity cruiser in India.

Interestingly, Honda used to sell a cruiser -- a chopper to be more accurate -- in India, called the VT1300CX (also known as Honda Fury). Launched in January 2012, it never sold that well and Honda had to discontinue it soon after. That’s understandable as it was neither practical nor competitive enough to rival bigwigs in the cruiser segment like Harley-Davidson’s motorcycles. With the Honda Rebel 500, the Japanese brand now intends to make a strong impact in the mid-capacity cruiser segment. Here’s everything you need to know about this motorcycle:

What will be its expected price?

The Honda Rebel 500 will initially enter our shores via the CKD route. Expect the brand to price the bike at Rs 4.5 lakh (ex-showroom). Sure, that’s a little on the expensive side but the good news is, Honda might fully localise the motorcycle based on the market response. However, this is still some time away. When Honda eventually does, expect the price to go down to around Rs 3.5 lakh to Rs 4 lakh. It is also already Euro 5 compliant, so it will comply with the upcoming BS6 emission norms when it comes to India as well.

Gets a proper parallel-twin motor:

The Honda Rebel 500 comes with a 471cc parallel-twin Euro 5-compliant engine which generates 45.5PS at 8500rpm and 44.6Nm at 6000rpm in the UK-spec version. It comes with a 180-degree firing order which offers a distinctive exhaust note. Honda claims the motor has a strong bottom end to ensure healthy acceleration. The motor works alongside a 6-speed transmission with assist and slipper clutch. The assist function is claimed to offer a 30 per cent lighter clutch lever feel than a conventional clutch. The claimed fuel efficiency stands at 27kmpl, and this coupled with an 11.2-litre fuel tank should ensure a theoretical range of about 300km on a tankful.

The Honda Rebel 500 is built on a tubular steel frame with a 41mm telescopic front fork and twin Showa nitrogen-filled shock absorbers at the rear with 5-step preload adjustability. The frame is designed to be as narrow as possible around the rider’s inseam. This coupled with the low 690mm tall seat should make it easy to manoeuvre, especially for shorter riders. The subframe is a bolt-on cast aluminium unit. The pillion seat pad and footpegs can be removed if you want to give it a slightly different personality.

The small 16-inch alloy wheels are wrapped with fat Dunlop 130-section front and 150-section rear tyres. Brakes include discs at both ends, with dual-channel ABS as standard.

The Honda Rebel 500 is loaded with modern features like an all-LED lighting system and a negative LCD instrument cluster. Apart from the regular trove of information like speed, odometer readings, tripmeter readings and time, the console also shows the gear position and fuel consumption. To complete the old-school feel, Honda has positioned the ignition key slot below the fuel tank, on the left side.

The UK-spec Honda Rebel 500 comes with a range of accessories including leather throw-over panniers, tail rack, saddle stays, flyscreen and 12V socket near the instrument cluster. These add-ons enhance the bike’s touring capability considerably. For more performance-oriented customers, the brand also offers a Termignoni stainless steel ceramic-coated exhaust system. We expect the brand to offer at least the 12V socket and flyscreen in the India-spec model.