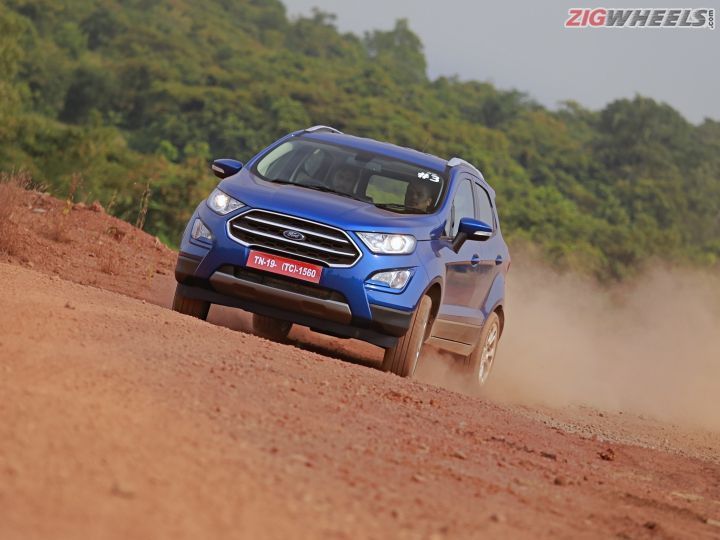 The next few years of the Indian automotive industry are going to be very interesting. With giants like Suzuki-Toyota and Ford-Mahindra joining hands, there is going to be some very exciting outcomes. After details of the former partnership surfaced, more information about the Ford-Mahindra collaboration has also come out now. The two companies will co-develop 5 new SUVs for the Indian market. Additionally, there will be one electric sedan as well.

Ford is currently developing a sub-4 metre SUV to rival the popular Vitara Brezza. Though Ford has the EcoSport in that space, it is more of a sporty offering rather than being outright spacious like the Maruti-Suzuki. Expect it to carry the same engines as the EcoSport. The new SUV will most likely be wider and more spacious, to offer better practicality than the EcoSport.

Expected to launch in 2020, the new generation EcoSport will carry on the same sporty characters of the current gen car. It will most likely remain focused towards being a driver’s car, though some more space inside the cabin will be a welcome change. The 2017 EcoSport facelift improved the interior quality quite a bit space still remains an issue. The new Dragon engines too will continue to perform duties under the hood.

Mahindra has been eying a Tivoli-based compact SUV to dent the Hyundai Creta’s popularity for some time. Now, it seems like they alone won't be able to do so. According to the partnership, both the brands will be using the Tivoli’s platform to build a compact SUV. The two SUV’s will be mechanically similar but will differ slightly in terms of the looks, and, of course, will be rebadged. For Ford, this SUV will fill the void between the EcoSport and the Endeavour.

Another big gun from Ford, the Mahindra’s W601’s platform will be jointly developed by Mahindra, Ford and SsangYong. Powertrains for the same will be offered by Mahindra - most likely the upcoming 2.0-litre engines, which will be BSVI-compatible. This will complete Ford lineup of SUVs in the country.

To become a contender of the Energy Efficiency Services Limited’s (EESL) electric car tender, Ford will be borrowing Mahindra’s basic electric tech to incorporate it into the Aspire sedan. It will be a very basic electrical setup to keep the cost of the car as low as possible. Last time, Tata bagged this tender and is on its way to deliver the 10,000 Tigor EVs. Also, like the Tigor, it’s yet not clear whether the E-Aspire will hit the market or not.

No wonder Mahindra and Ford are so focused on SUVs. With the new products, both the carmakers will try to challenge Maruti and Hyundai’s market share. Regardless of whether or not they are able to do it, we are in for some interesting products.