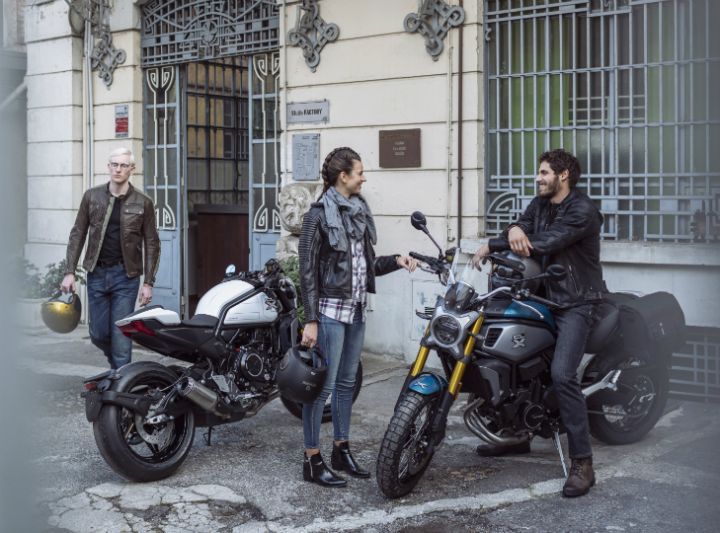 CFMoto has launched its first dealership in India in Thane, Mumbai. At the event, a chat with the CEO of CFMoto India revealed the company’s dealership expansion plans and gave us a glimpse of the upcoming motorcycles. Here’s what we found out:

Current CFMoto India products consisting of the 300NK, 650NK, 650MT and 650GT are BS4 compliant. CFMoto will be replacing them with BS6 models around April 2020 when BS6 norms kick in. You can read more about the BS6 timeline here.

Once CFMoto launches the updated BS6 models, it will focus on getting new motorcycles to India. The new range will have motorcycles with engine capacities ranging from 300cc to 700cc. Post BS6, CFMoto will launch one new product every quarter. It will also launch the 300 SR faired motorcycle towards the end of 2020.

CFMoto plans to get 300cc, 400cc, 650cc and 700cc motorcycles to India. Of these, CFMoto could bring in the 400NK and 400GT to India. CFMoto had showcased its new 700 CL-X motorcycle at EICMA. The 700cc retro motorcycle comes in three variants: Heritage, Adventure and Sport. Of these, we expect the road-focused Sport variant to be launched in India first.

CFMoto will be getting in its range of electric bicycles to India. It is working on a new electric motorcycle but that is some time away. While not many details about the upcoming product were revealed, we were told it will be a performance-oriented electric motorcycle and will be competitively priced.

CFMoto motorcycles are currently being brought to India via the CKD route. At present, there is zero localisation of parts but CFMoto plans to bring it up to 50 per cent in the next 18 months. Initially, consumables and regular wear and tear items like clutch cables, brake components, tyres and wiring harness will be localised. The plan is to completely localise its motorcycles save for the motor and frame.

Maximum localisation will help reduce motorcycle and spare part prices. While initial CFMoto motorcycles might not benefit from localisation, spare parts will be cheaper. What it will do is help price future models more competitively and also offset the expected BS6 price hike.