CFMoto Lays Out Its Expansion Plans For India

Bikemaker to set up 50 dealerships across India by 2021 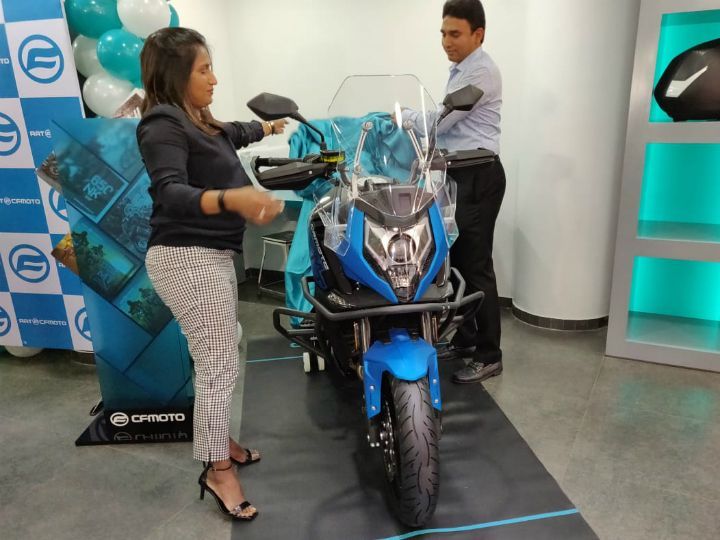 CFMoto has launched its first dealership in India at Thane, Mumbai, with the next dealership set to open in Bengaluru on November 29. The Thane dealership sets the tone for CFMoto’s aggressive dealership expansion plans for India.

CFMoto currently sells the 300NK, 650NK, 650MT and 650GT in India. Pricing for the 300NK, 650NK, 650MT and 650GT is Rs 2.29 lakh, Rs 3.99 lakh, Rs 4.99 lakh and Rs 5.49 lakh respectively (ex-showroom India). The USP of these motorcycles are the modern features and low prices, which make it excellent value-for-money propositions. The 300NK is a naked motorcycle with a 300cc liquid-cooled single-cylinder powerplant. Its larger cousins use a 650cc parallel-twin liquid-cooled motor. The 650NK is a naked motorcycle, the 650MT an adventure tourer, and the 650GT a sports tourer.

While CFMoto has not yet revealed its future models for India, we expect a 300cc variant of the 250SR to launch here soon. CFMoto is also working on an electric variant of the 300NK, which is expected to come here as well. We will be speaking with CFMoto for more details. Stay tuned for updates.