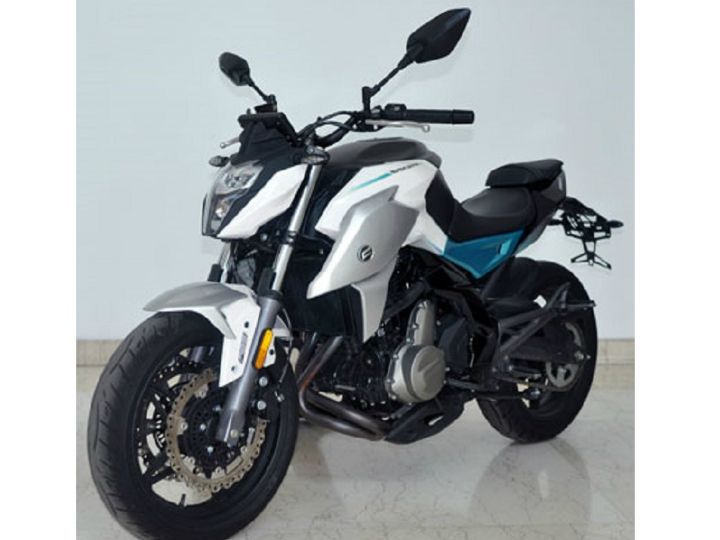 Images of the 2020 CFMoto 650NK and the 400NK have surfaced online. For the uninitiated, CFMoto is a Chinese brand that made its India debut with its 650cc model lineup and the 300NK. We have already ridden the 650NK and here’s what we think about the most affordable 650cc naked motorcycle in India. Now, it looks like the manufacturer is readying the 2020 iteration of the 650NK with some subtle cosmetic updates.

The 2020 CFMoto 650NK gets a redesigned fuel tank, which seems to be a tad sharper than the current model. It also gets a new dual-tone front mudguard and new side panels. Although the main seat seems to be the same as the current model, the pillion seat is likely to be a new unit. Moreover, the updated motorcycle gets a new TFT display, which could be the same unit as seen on the GT variant. However, we expect it to come with a slightly smoother user interface, as the current one isn’t the sharpest of the lot.

The other motorcycle that was spotted is the 2020 400NK, which gets a slightly redesigned fuel tank, a new paint scheme, and an updated headlamp unit. Apart from these minor cosmetic changes, the motorcycles are likely to remain the same as their current models. However, we aren’t sure whether these 2020 iterations are Euro 5/BS6-compliant or not as AMW Motorcycles had confirmed that it will be showcasing the BS6-compliant 650NK at the upcoming Auto Expo.

CFMoto already has four motorcycles in its India portfolio and it is planning to add the 400NK, 400GT and the 300SR to the lineup as well by sometime next year. As we have seen with the current products, the upcoming models could be priced very aggressively.

On a side note, the Chinese manufacturer is also working on a 700cc neo-retro motorcycle, which could make its world debut at the upcoming EICMA.