The Greener Baby Beemers Have Been Spotted 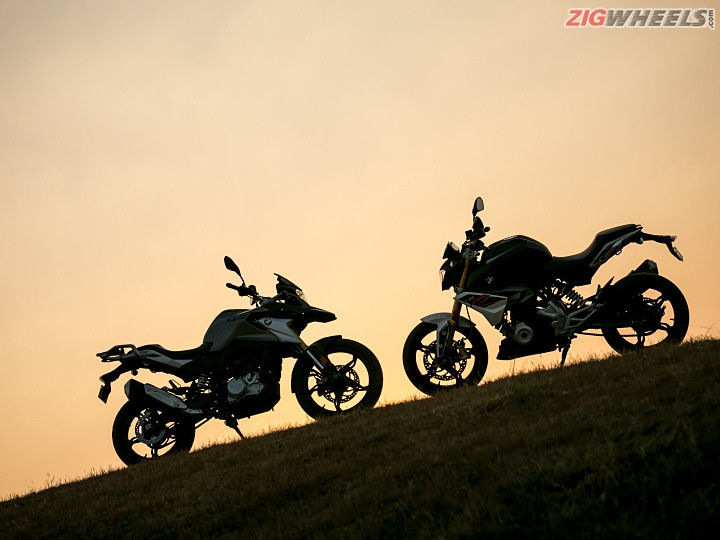 The sound of an affordable BMW motorcycle was a delight to enthusiasts’ ears. And after waiting for over two years for the bikes to be launched in India, despite being produced in the country itself, the G 310 R and G 310 GS have not been as delectable as we hoped. The extremely high premium pricing too did no favours. Now though, the BS6 versions of the bikes have been spotted testing abroad and if our sources are to be believed, the bikes will be receiving a massive price cut in the BS6 era.

While there aren’t many changes to report, the new G 310 twins get LED headlights. This will be the first design update the bikes get in over four years. The current headlamp setup was not the brightest of the lot, and if you have the GS, the housing of the lighting system had a fair bit of play in it, which we hope is solved by the new LED units. There seems to be some revision with the tank extension panel on the G 310 R, including an additional side panel to slap the aircraft propeller logo on.

Refinement was one of the biggest turn-offs on the BS4 BMWs 310s. The vibrations robbed us of the delightful riding experience of the bikes. BMW’s technological partner for the 310s, TVS Motor Company, has been working tirelessly to resolve these issues on its own Apache RR 310. The motorcycle has received two significant updates with the main agenda being to cure the bike of its harsh vibrations.

The Apache RR 310 BS6, which was launched a few months ago, seems to have subdued a lot of those vibes, thanks to key updates coming in the form of ride-by-wire, revised engine internals, and new engine mounts. All the updates, even the ones to make it BS6 compliant, were carried out while making sure the motor didn’t lose an iota of performance, churning out 34PS and 27.3Nm like earlier. We expect BMW Motorrad to take heed of these changes and implement them on its two bikes as well. If BMW does switch over to the TVS setup, it might have to change suppliers for a few components (from Magneti Marelli to Bosch) but that shouldn’t be that much of a bother.

These new baby Beemers are expected to hit the market by September with BMW likely to take a slight hit on its premium positioning. The arrival of the KTM 390 Adventure sure has ruffled up some feathers for the G 310 GS. While bikes like the Honda CB300R (and possibly even the upcoming TVS Apache RTR 310) will offer a cost-effective alternative to a mature riding experience that one seeks with the G 310 R.