Both bikes have been teased via a video released by BMW 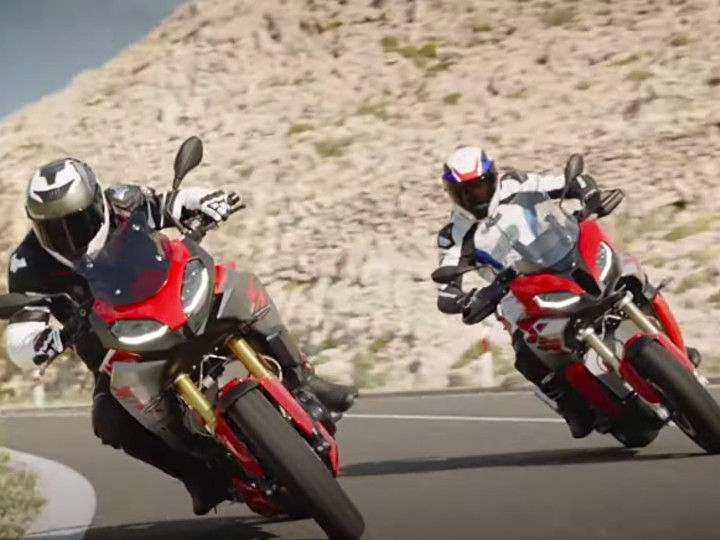 After launching the retro-styled R 18 cruiser overseas, BMW Motorrad has now shifted its focus to India. To keep the spirits high amidst the lockdown, the Bavarian brand has released a teaser video of its upcoming sports tourers - the F 900 XR and the S 1000 XR. Bookings for the duo are expected to commence in May 2020.

Unveiled at the EICMA motorcycle show last year, the slightly smaller F 900 XR is a derivation of the Concept 9cento showcased back in 2018. It's a sports-tourer with an adventure motorcycle fairing and 17-inch alloy rims, just like the S 1000 XR. The bike features a long-travel USD fork and a rear monoshock. The latter is electronically adjustable in the Pro variant, thereby allowing the rider to alter the preload and rebound settings without fiddling around with specialised tools.

The S 1000 XR, just like the revamped S 1000 RR, ditches its asymmetrical headlight setup for a more conventional setup with LED illumination. Despite the subtle design tweaks, the 2020 S 1000 XR looks fairly similar to its predecessor. What's changed though, is the weight. It's now 10kg lighter than before. It even gets a full colour-TFT display which controls all the electronic aids available on the bike.

Powering the XR is a 999cc inline-four engine that belts out 165PS and 114Nm (same as before). However, it misses out on BMW's ShiftCam technology which offers an even spread of power throughout the rev range. That said, the bike gets a slew of riding aids like traction control, wheelie control, engine drag torque control, a quickshifter, hill start assist, and a six-axis IMU. Holding everything together is an aluminium bridge. You can read more about the 2020 S 1000 XR here.