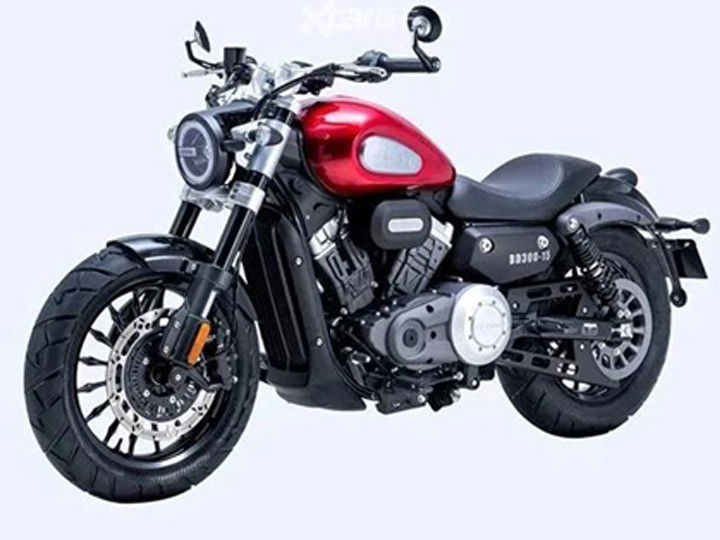 Ever heard of Benda Motorcycles? Well, we haven’t either, but we believe it deserves mentioning. The Chinese brand has reportedly launched a new sub-300cc cruiser that may change the ball game in the cruiser segment. Say hello to the Benda Jinjira, an American-style cruiser that packs a 298cc V-twin, chunky tyres and a bunch of features. As American as the bike looks, the name still shouts Chinese. There are two variants on offer called the Jinjira Standard Edition and King Gila High Edition. Check out their prices below:

The kit that the bike packs is just as attractive as the price. For starters, the Benda cruiser uses a  298cc V-twin liquid-cooled engine with 30PS on tap. While this isn’t Harley-Davidson territory, it should be decent enough for touring. While there are no official numbers, the size of the tank looks like it could hold a decent amount of fuel which translates to more saddle time. The bike also makes use of a belt drive that should reduce maintenance costs.

On the mechanical front, the Benda Jinjira uses a USD fork and a twin shock absorber setup. Disc brakes at both ends paired with dual-channel ABS offer anchorage with a pair of chunky tyres wrapped around what looks like 17-inch front and 15-inch rear wheels. It gets a 130-section front and 150-section rear tyre.

As far as looks are concerned, the bike doesn’t disappoint. It looks properly modern with a hint of Indian Motorcycles and Harley-Davidson in there. It comes with  LED lights, an LCD console that’s oddly placed behind the handlebar (but should serve the purpose), a USB charging port, bar-end mirrors, chopped fenders, forward-set footpegs and a comfortable seat for an upright riding posture.

Unfortunately, the bike is unlikely to enter our market anytime soon. Even if Benda Motorcycles decide to enter India in the future, it would have to be via the CKD route, as bringing the bike in as a CBU would make it way too expensive for a price sensitive market like ours. Ideal rivals include bikes like the Honda Rebel 300 and the Hyosung GV300S Bobber that was recently launched in Europe.