It's the first ever SUV from Aston Martin 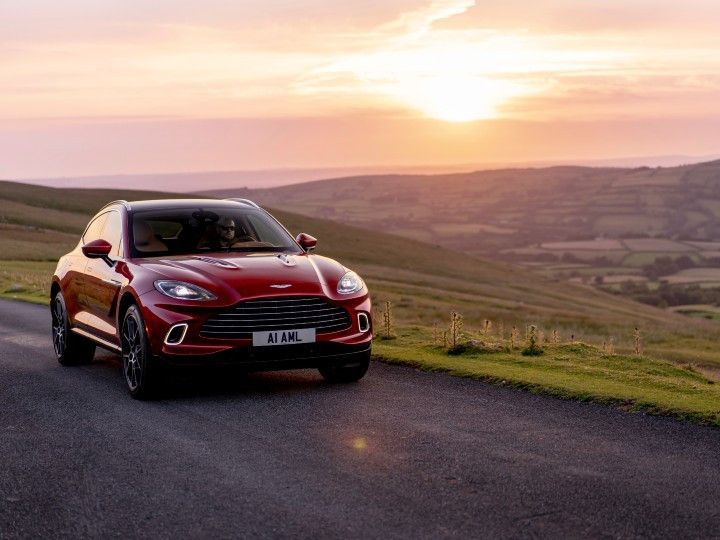 After its global debut back in November 2019, Aston Martin has finally brought over its DBX SUV to India at a price tag of Rs 3.82 crore (ex-showroom). It’s Aston’s first ever SUV in its 108 year history and is based on an all-new platform. While it boasts supercar pedigree, it also has plenty of creature comforts. Here’s what’s packing in Aston Martin’s new behemoth.

The X-factor of the DBX is of course under the bonnet. A Mercedes-AMG-sourced 4.0-litre twin-turbo V8 engine pushes 550PS of grunt and 700Nmof twist. Paired to a 9-speed automatic transmission it propels the DBX from standstill to 100kmph in just 4.5 seconds and tops out at 291kmph. There’s also tech wizardry in the form of electronic adaptive dampers, triple chamber air springs, and the Anti Roll Control System (eARC). The latter runs on a 48V system to keep the DBX the right way up.

It also features adaptive air suspension to increase its height by 45mm from its normal 190mm ground clearance to 235mm. A wading depth of upto 500mm should make it a nifty off-roader too. Drive modes consist of Standard GT, Sport, Sport+, Terrain and Terrain+.

At 2,245kg and with a length spanning 5,039mm, it's quite a behemoth. That said, it's as clean as you’d expect from a modern Aston Martin model, with highlights being a large DB11-esque front grille, LED headlamps with LED DRLs, large 22-inch alloy wheels, a ducktail-style spoiler, LED tail lights as well as two exhaust tips.

The 4.0-litre V8 engine isn’t the only Mercedes bit on the DBX as it also falso features a 10.25-inch infotainment touchscreen from Mercedes. It also comes loaded with bits such as a 12.3-inch digital driver’s display, panoramic sunroof, Alcantara upholstery, 360-degree camera, 12-way electrically adjustable front seats, tri-zone climate control as well as 64 colour ambient lighting. Utility is the name of the game as the seats fold 40:20:40, and the cargo volume is a whopping 632 litres.

Aston Martin is reportedly keeping the DBX an extremely exclusive offering for India as only 11 units are said to be allocated for 2021.

In terms of the competition, the Aston Martin DBX will have its work cut out against the likes of the Lamborghini Urus and the Audi RS Q8.