The SUV unveiled in China will come with adjustable exhaust baffles 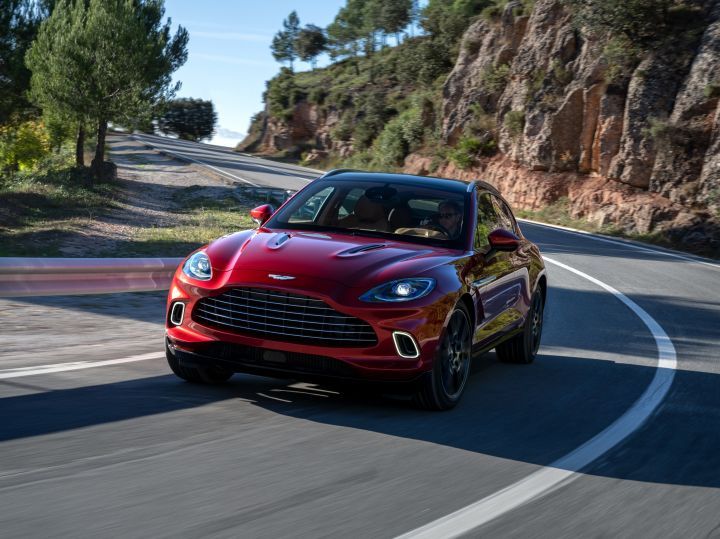 After teasing the interior of its first sport utility vehicle (SUV), Aston Martin finally unveiled the highly anticipated DBX in Beijing today. This is the fourth out of 7 cars part of Aston’s Second Century Plan and marks the final ‘diversification’ phase of the plan. The company known throughout the world as a maker of luxury grand tourers has developed an all-new platform for the SUV. It will rival the Bentley Bentayga and the Range Rover, but the DBX also has the sporting pedigree to be ranked with the Lamborghini Urus and the upcoming Ferrari Purosangue. The SUV is on sale now, retailing at a starting price of GBP 158,000 (Rs 1.46 crore) in the UK.

As tight-lipped as Aston had previously been, the company’s press release is comprehensive. “Delivers broadest design brief of any Aston Martin in history” Aston notes in the release. The launch event featured Andy Palmer, the Group CEO and President of Aston Martin Lagonda, who said that the DBX was one of the first projects he approved when he assumed office five years ago. The DBX will be built in St Athan, Wales. Under the skin, the DBX has an all-new platform.

It is slightly smaller and just a few kgs lighter than the Bentley Bentayga. At 2,245kg, the behemoth needs all the help it can get from the electronic adaptive dampers, triple chamber air springs, and the Anti Roll Control System (eARC). The latter runs on a 48V system and uses high-voltage electronic trickery to keep the DBX the right way up. Aston has fitted the DBX with active, electronically controlled differentials. It can also raise its height by 45mm, for a maximum ground clearance of 235mm. With a wading depth of 500mm, the DBX is good for a bit of off-roading.

That’s not the only Mercedes bit in the DBX, though -- the 10.25-inch infotainment touchscreen is also from Daimler, which Aston calls its ‘technology partner’. Electronically adjustable heated seats with optional broguing is business as usual. This Aston is also big on utility -- the seats fold 40:20:40, and the cargo volume is a whopping 632 litres.

“In Sport+ mode, the entire rev counter will flash when approaching the rev limiter to indicate the need to change gear.” The edge-of-your-seat driving experience of the DBX is complemented by its exhaust note. Aston hasn’t used speakers and a soundtrack for the DBX’s aural experience. According to the release, the engine was made quieter by the mandatory gas particulate filter (GPF). But the SUV has electronically operated valves in the exhaust system, and the engine increases its idle speed to help you hear the M177 roar.

Aston had only sold sedans for 106 years. The DBX follows in the footsteps of car manufacturers that have turned to SUVs. But as petrolheads, it is vital for us to see Aston going. And if the DBX will be the volume seller the company needs to stay afloat and continue making outlandish cars like the Valkyrie, so be it.