The Renault (wait for it) Live For More 2018 Reloaded Edition is here! 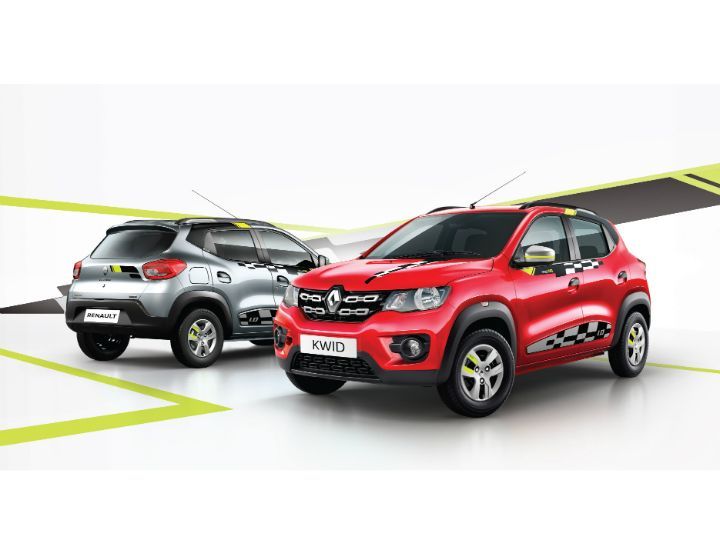 Renault has launched a new variant of the Kwid, in line with its commitment to keep the hatchback exciting for customers by offering new features (mostly cosmetic) from time to time. The Kwid (take a deep breath) Live For More 2018 Reloaded Edition gets 10 new features and is available in three variants.

Prices of the Renault Kwid LFM 2018 R Edition, ex-showroom Delhi, are as follows:

The Kwid LFM 2018 R Edition can be bought at your nearest Renault showroom or booked through the Kwid app on Apple and Google app marketplaces. Renault says this is a limited edition variant though it has not specified how many examples will be made.

Other changes include new chrome inserts on the grille, the roof rails from the Climber edition and new ‘Speedster’ graphics. The new graphics can be found on the hood, the upper side panels, doors and boot. The bright lime streaks can also be found on the ORVM covers and the wheel covers. There are, of course, ‘Live For More’ insignia on the doors to top things off.

There are no changes on the inside, and the Kwid’s unique features like the 7-inch touchscreen infotainment system and all-digital instrument cluster remain as is. The Kwid LFM is offered with reverse parking sensors as standard, which is a good additional safety feature considering the fact that the Kwid will be on the radar for first-time car buyers/new drivers.