It also comes in a unique teal colour scheme 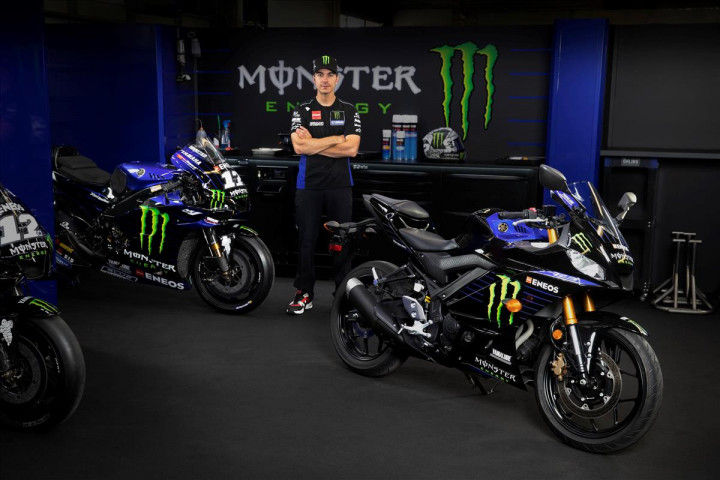 Yamaha has taken the covers off the 2021 YZF-R3 for the US market. The sub-400cc supersport doesn’t sport many mechanical changes but it gets two new colour schemes: MotoGP edition and Electric Teal. In the US, the bikes cost the same as they did earlier with the MotoGP colours arriving at $300 more. For India, expect the prices to go up as the slightly updated 2020 model never made it to our shores. An estimated Rs 3.50 lakh price tag seems justified for the updates that the bike receives.

Here’s a small refresher on what Yamaha changed on the international-spec R3. The face is entirely new, kind of similar to its younger sibling, the R15 V3. You get dual LED headlights as well as LED tail light but no LED turn indicators. The dash is now a full-digital unit, instead of the semi-digital one from before. The steering geometry sees minor changes. Suspension hardware includes a new USD fork and preload-adjustable monoshock, both of which have a slightly firmer tune than before. Rest of the motorcycle remains the same.

On the standard 2021 R3, the new teal colour is quite striking. With snazzy graphics and red wheels, the supersport looks quite delectable. This particular colour really brings out the youthfulness of the motorcycle, something the traditional blue/silver or the black colours failed to produce.

For MotoGP fanatics, Yamaha is also offering the R3 in the same livery as its 2020 YZR-M1 race bike. It arrives in the colours of the factory racing team and not the satellite Petronas team that is currently leading the rider’s championship, courtesy Fabio Quartararo. It wouldn’t be a shocker if we even receive the Petronas livery later on as Yamaha has done with its flagship crotch rocket: the YZF-R1.

There’s no update regarding the 321cc parallel-twin engine’s emission compliance as the US doesn’t adhere to Euro 5 norms. We think the engine will get its necessary tweaks for Europe sometime this month with India arrival only possible by early-2021.