Changes to the new Rogue SUV include a fully reworked exterior and interior, along with a re-engineered chassis 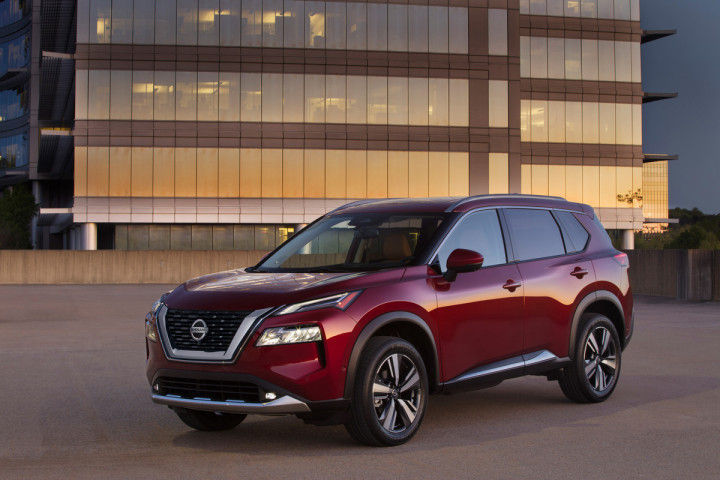 Nissan recently revealed the third generation of its Rogue SUV in the US, which previews a generation-change in Europe and Asian markets under the X-Trail guise. The upgrades are mainly focused on modern technology for young families.

In the front, the new Rogue gets split LED headlights alongside Nissan's signature V-motion grille and floating roof. The rear features sporty upgrades with a reshaped rear spoiler and tailgate. According to Nissan, the car's dimensions have been altered to improve driving manoeuvrability. The new Rogue sits lower and is shorter than its predecessor. Aerodynamic efficiency will also receive a boost with new features like underbody covers, tyre deflectors, and an active grille shutter.

Under the paint, the 2021 Rogue is based on a new platform with the introduction of enhanced dynamics and chassis control. It features the new Vehicle Motion Control system which monitors brake and steering inputs and assists accordingly.

Heading inside, the cabin has been completely redesigned. The interior screams comfort and technology with the adoption of the new Family Hub functionality. Unlike most cars, the rear doors of the Rogue don't miss out on all the fun. They open to 90 degrees providing easy ingress and egress and even get the Intelligent Key software compatibility. The top-spec Platinum variant comes with quilted leather seats as standard, ambient lighting, Bose sound system, and a heads up display.

The Rogue was seen in India under the X-Trail badge when its first generation was launched in 2009. In 2014, plans for introducing the second generation of the SUV never materialised and it seems like that will be the case with the third-gen X-Trail too for now. Internationally, the Rogue/X-Trail locks horns with the Toyota RAV4, Volkswagen Tiguan, and the Honda CR-V. Back home, Nissan recently launched the BS6 Kicks and will soon launch the Magnite sub-4m SUV.