The updated Himalayan is around Rs 6,000 more expensive than its predecessor 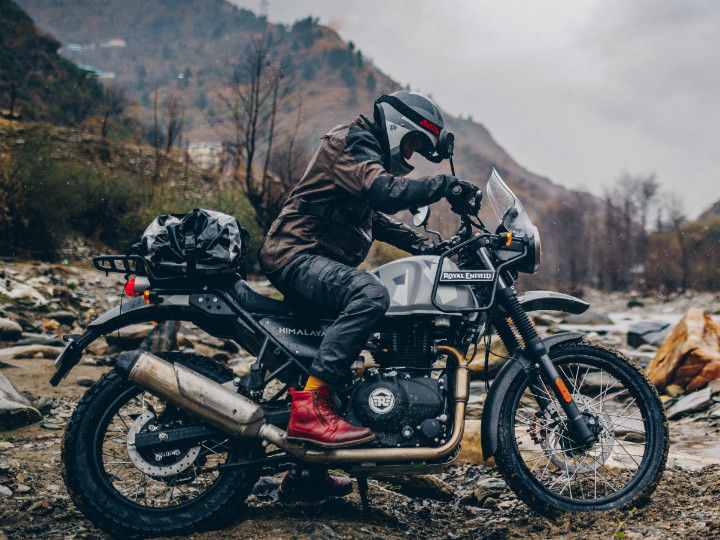 Royal Enfield has officially launched the BS6 Himalayan in the country. The BS6 Himalayan is now available in the three new paint schemes and is priced between Rs 1.86 lakh to Rs 1.91 lakh (both prices, ex-showroom). How much do you have to pay for the new paint options, though? Head here to find out.

Apart from the new colour options and a hazard toggle switch, the BS6 Himalyan has also received switchable ABS. With this, the Himalayan has become the most affordable ADV out there to get this feature. Powering the new Himalayan is the updated 411cc motor, but it now makes 24.31PS and 32Nm -- 0.19PS less than before. At 199kg, the BS6 Himalayan is now 5kg heavier than before. Will this affect its riding capabilities in the real world? Well, we’ll have to wait until we get our hands on one to answer that.

Here’s the official press release from the company for more details:

New Delhi, January 20th, 2020: The Royal Enfield Himalayan has redefined adventure touring in India and across the world. Inspired by Royal Enfield’s 60 years of enduring history in its spiritual home - The Himalayas - the motorcycle has been an accessible and engaging option for accomplished riding enthusiasts as well as aspiring adventure riders. Launched in 2016, the purpose-built motorcycle is an absolutely versatile and truly off-road capable motorcycle. Taking forward this journey, Royal Enfield, the global leader in the mid-size motorcycle segment, today announced the launch of the new Himalayan with BS-VI compliant engine.

The new Himalayan retains the original versatility and vigour of the motorcycle, and makes the ride experience more engaging by adding a Switchable ABS feature. Switching the ABS off allows the rear wheel to lock and lets the rider drift when riding off-road. This makes adventure touring and trail riding experience more engaging and exciting for riding enthusiasts. With more focus on rider safety, the new Himalayan is equipped with a hazard switch that warns other riders in its proximity in case of a red flag. In addition to this, the enhanced brake mechanism ensures a smoother riding experience with lesser stopping distance. The new motorcycle will also come with an improved side-stand that will make parking on any kind of terrains easier.

The new Royal Enfield Himalayan will be available in three colours, including two dual tone colours,  inspired from the varied terrains that our riders ride on during their journeys - Lake Blue and Rock Red, adding to the existing portfolio of Snow White, Granite Black, Sleet Grey and Gravel Grey. The motorcycle comes with a 3 year warranty and will be available across all Royal Enfield stores in India starting at Rs. 186,811 (ex-showroom) for the Snow White and Granite colours. The Sleet Grey and Gravel Grey are available for Rs 189,565 (ex-showroom) and the newly introduced dual tone colours Rock Red and Lake Blue will be available at Rs 191,401 (ex-showroom)

Commenting on the launch, Mr Vinod Dasari, CEO, Royal Enfield India, said “The Himalayan is a distinctive adventure tourer which has performed admirably well, both in India and international markets. Since 2016, the Himalayan has served as a versatile, accessible and un-intimidating ally to many adventures across the world. The launch of the new BS-VI Himalayan with its unique features and design functions gives us confidence that it will resonate with riders, setting new standards for adventure motorcycling in the country.”

Inspired by the newly launched motorcycle, Royal Enfield will also bring in a new range of apparel. The collection will offer an exclusive range of dual sport helmets to match the colorways of the new Himalayan. The collection also has a lifestyle apparel range, consisting of a lightweight jersey with armour pockets on shoulders and elbows and a curated range of t-shirts, sweatshirts and headgears. These will be available across the Royal Enfield dealerships in India.

The Himalayan’s touring capability is enhanced and complemented with Royal Enfield’s Genuine Motorcycle Accessories that offer storage, safety comfort and control while riding. Genuine and homologated accessories such as the aluminium handlebar with cross brace for easier handling, a set of  26-litre aluminum panniers for ample storage space, touring seats with 3D mesh for added comfort on long rides, and large engine guard for protection, are some of the vital options to choose from alongside a host of other accessories. Every Genuine Motorcycle Accessory is designed & developed with the motorcycle by a dedicated team of engineers and tested extensively for an exact fit and long lasting durability. Accessories are fully compliant and homologated and are backed by a comprehensive 2-year warranty.