Does the NS200 still make sense in its tech-savvy segment? 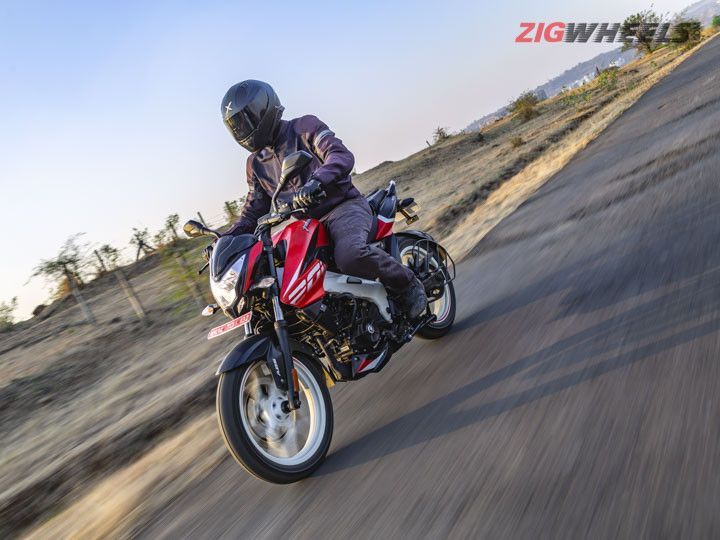 Launched for the first time in 2012, the Bajaj Pulsar NS200 kickstarted the 200cc naked segment in India. Since its launch, the motorcycle hasn’t received any major update, even retaining its bare-bones, no-nonsense nature in 2021. So, you might ask if it is still relevant in this market? We try to answer as we review it through images:

The NS200’s styling has remained pretty much unchanged over all these years. But, it’s not all bad, thanks to its edgy design language and streetfighter persona.

That said, one cannot ignore that it misses out on LED lighting -- even LED DRLs -- which make it look a little dated in these times. Even the Bajaj Platina gets LED DRLs now!

For 2021, the NS200 is offered in four new colours: Red, Blue, Grey, and White. Bajaj has also slathered some white on the frame and wheels, making the bike look fresher than before.

Much like its styling, the NS200’s features haven’t changed much as well. It still gets a semi-digital instrument cluster with a blue-backlit display. It misses out on LED lighting and dual-channel ABS, but what makes matters worse is its instrument cluster, which isn’t very informative.

Consequently, it takes 0.6 and 0.9 seconds less to reach 60kmph and 100kmph, respectively. That said, the engine still lacks bottom-end punch, considering most of the power kicks in after 7,000rpm.

With the addition of FI, the NS is more fuel efficient too. It returned a decent 40.84kmpl in our city test runs.

The NS200 has always had excellent riding dynamics. It is the only bike using a full perimeter frame in its segment. This, coupled with a slightly forward-leaning posture (with rear-set footpegs) and a kerb weight of just 156kg, makes the NS a sharp handler. It is also easy to move around through tight spaces, and the split seat offers good cushioning.

Corner carving is no big deal for the NS200.

The only gripe here is that the stiff rear suspension fails to glide over big bumps and potholes.

For braking duties, it employs disc brakes at both ends with a good initial bite. But, the lever feels stiff, which can make the front end jittery when chasing braking markers.

With barely any update, it is really hard to justify the Pulsar’s Rs 1,35,226 price tag, after its latest absurd price hike. A more powerful engine, a set of modern features, and a design update are what the NS200 pine for.

But, everything’s not wrong with the bike. If someone wants a no-frills, sharp-handling, and versatile motorcycle today, the NS200 might just be the perfect fit. In related news, our sources have revealed that Bajaj is working on a Pulsar 250, and we can only hope it ups the benchmark set by the NS200.