Yezdi Roadking Will Make A Comeback

Unlike the Yezdis that are currently available, the Roadking will be powered by a larger engine. 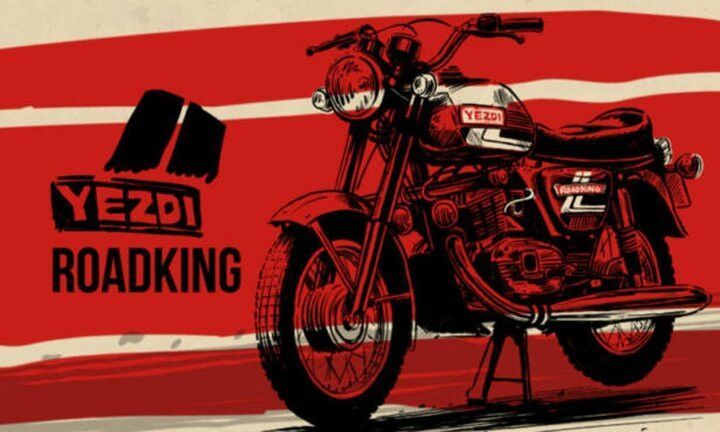 Last week, the iconic Yezdi brand made a resounding comeback into the Indian two-wheeler market. One big name was missing among the euphoria, that of the legendary Roadking. Given Classic Legends' track record with the Jawas, it was a given that the Roadking would be the first bike to be revived. But it didn't pan out that way, with Yezdi taking a rather adventurous approach with three new bikes that have little in common with its illustrious past. This left many Roadking fans disappointed, but we have some good news.

Yes, the Roadking is coming!
In an interaction with Anupam Thareja, Co-founder of Classic Legends, it was confirmed that the Roadking is under development. When asked why it wasn't part of the new Yezdi range that was launched, Thareja said the upcoming Roadking wouldn't be based on the existing platform and that it would be the flagship Yezdi offering.

Retro charm
With the Jawas, Classic Legends proved they can recapture the essence of the original bike and give it a modern heart. We expect the same direction for the modern Yezdi Roadking as well.

We have already seen the boxy fuel tank and engine case on the Yezdi Adventure, so it's fair to say that Yezdi has given us a glimpse of the upcoming bike. While the styling will be retro, the Roadking could be loaded with modern features like all-LED lighting, Bluetooth connectivity, a USB charger, a semi-digital instrument cluster, multi-mode ABS, and navigation.

A bigger heart
Thareja also added that the Roadking will be a flagship offering and feature a bigger engine than the existing Yezdis. Our money is on the BSA Gold Star's 650cc power plant. And it makes great sense as Classic Legends wouldn't prefer to restrict this new engine to just one niche brand as that would be financial suicide.

Powering the BSA Gold Star is a liquid-cooled 652cc single-cylinder engine producing 45.6PS and an impressive 55Nm. It gets a five-speed gearbox with a slipper clutch. The 650cc motor should sit well with the DNA of the Yezdi Roadking, and we are sure it might be downsized a bit to be more affordable. Whether the boffins at Yezdi take this route or debut an all-new engine is something we will have to wait and watch.

Launch timeline & rivals
We don't have a clear idea at what stage of development the new Yezdi Roadking is in. But officials did mention that the bike will make a comeback soon, depending on the current COVID-19 situation. Since the current focus is on the sales of the new Yezdi range, our guess is that the Roadking will only debut by late 2022 or early next year.

If Classic Legends does take the 650cc approach, the Yezdi Road King will compete against the Royal Enfield Interceptor 650 and could retail for around Rs 2.60 lakh (ex-showroom).