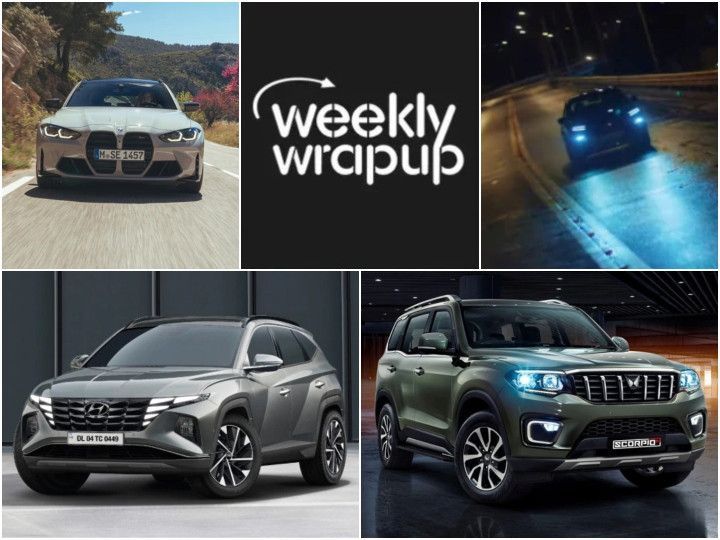 June is almost over, but car news is still coming in thick. The last week gave us new insights into electrification in India, and overseas, some iconic grand tourers broke cover. Of course, we also learned new facts about upcoming cars and SUVs.

For all the car news you may have missed out on last week, here’s our weekly news compilation:

The new Mahindra Scorpio N is about to be launched on June 27, and we now know it’ll be available in four major variants – Z2, Z4, Z6 and Z8. In addition, the Scorpio N 4Xplor will be diesel-only, available with manual and automatic transmissions. Meanwhile, the Scorpio Classic will get a mild facelift and be sold alongside its all-new namesake SUV.

Toyota and Maruti Suzuki are collaborating closely to develop a pair of compact SUVs, and they will be produced at Toyota’s manufacturing facility in Bidadi, Karnataka. They are based on a Suzuki platform, not the TNGA architecture previously reported. A new teaser revealed that Toyota’s SUV will be called the Urban Cruiser Hyryder, and it’s set to break cover soon on July 1.

The Hyundai Aura CNG was launched in a higher-spec SX trim level priced at Rs 8.57 lakh (ex-showroom). It gets alloy wheels, an 8-inch touchscreen with Android Auto and Apple CarPlay as well as push button start-stop. The new update brings the Aura CNG’s equipment levels closer to its competitors such as the Tigor CNG.

Global NCAP revealed crash test results of the Kia Carens. Although the testing agency was unimpressed with the MPV’s three-star rating (despite the Carens having six airbags as standard), it gave the Mahindra XUV700 the “Safer Choice” award for its pedestrian protection and ESC systems. Meanwhile, India, too will get its own vehicle safety testing regime under the new Bharat New Car Assessment Program (NCAP).

The new generation Hyundai Tucson will make its India debut on July 13. It’ll get petrol and diesel powertrains, alongside several new updates active safety and driver assistance systems (ADAS). It has ready rivals in the Jeep Compass and Citroen C5 Aircross.

The Bentley Continental GT has received a new top-spec Mulliner variant with bespoke interiors and a W12 engine. Meanwhile, BMW released the new M3 Touring, a 510PS station wagon sibling to the M3 and M4 coupes. In addition, Skoda has a facelifted fourth-gen Octavia in the works, and it’s likely to be launched in India sometime next year.