Called the Gold Star, the new motorcycle looks delightfully old-school while being modern where it counts 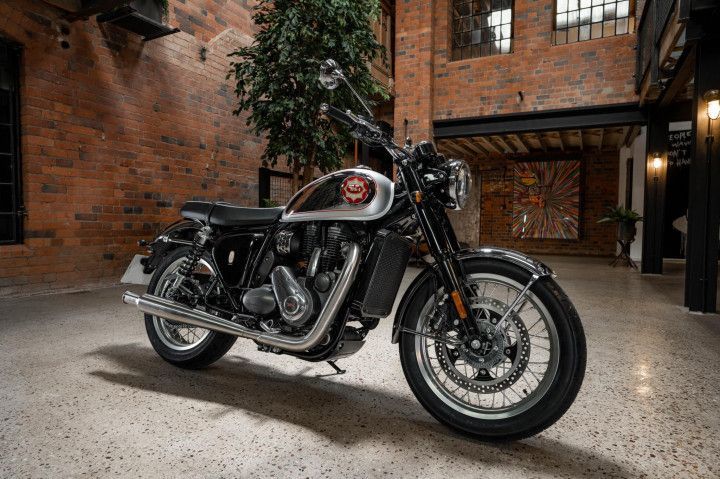 BSA’s first modern motorcycle, called the BSA Gold Star has been unveiled at the 2021 NEC Birmingham Motorcycle Show. Contrary to BSA’s original plans, its maiden motorcycle turns out to be a petrol-powered one, and not a BSA electric bike. Interestingly, this motorcycle was spotted testing in India back in August this year. This made-in-India bike has been designed in the UK, and is essentially a modern avatar of the original 1960s Gold Star. The attention-to-detail is as premium as the Triumph Bonneville T100, and the bikemaker has ensured it looks as quintessentially British as possible.

While technical details of the motorcycle are not known yet, we can see the engine is a single-cylinder liquid-cooled unit. It's likely to have a displacement of 650cc, a derivation of the BMW F 650 Funduro's rotax heart. Expect it to be a torque-rich unit, staying true to the bike’s demeanour. Having said that, ensuring good refinement levels of such a large capacity single-cylinder engine may be challenging. It's also the reason why other newbie-friendly bikes in its segment like the Royal Enfield Interceptor 650 has a parallel twin configuration. Oh, and the nostalgic pea-shooter brushed metal exhaust neatly complements the retro look.

All in all, BSA seems to have checked all the boxes for a quintessential retro roadster. Expect the motorcycle to cost in the same leagues as the Royal Enfield Interceptor 650 in the UK. For reference, the Interceptor retails at GBP 6,039 (around Rs 6.02 lakh). Since the bike will be made in India, we wouldn't be surprised if BSA brings this retro beauty to our shores some time next year.