It already looks production-ready, even though this is only its second sighting 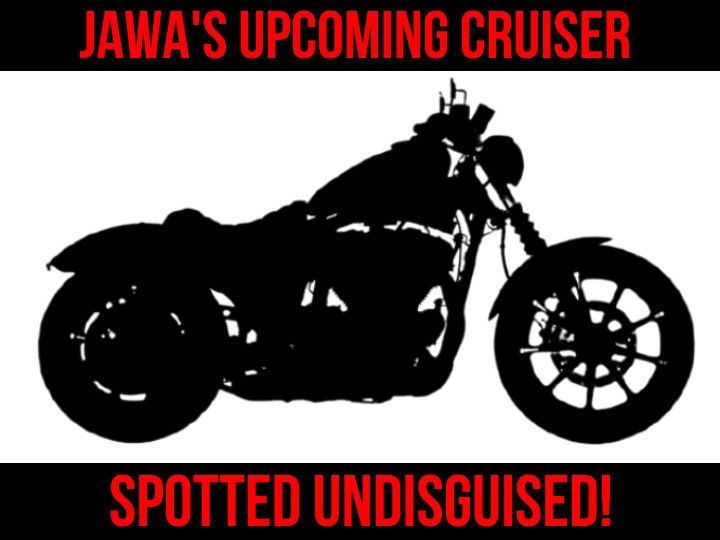 Remember the Jawa Cruiser which was spotted in October? Well, it’s been spotted again, and now in an almost production-ready avatar, hinting at an imminent launch. The bike was snapped alongside Yezdi’s Roadking Scrambler. We’re focusing on the Jawa, though, as the Scrambler was already spotted in a production-ready guise recently.

Some people might think this could be another Yezdi offering rather than the Jawa Cruiser, but the different fuel injector cover, side panels, alloys, and exhaust quite clearly give away that it's the latter. With that out of the way, let’s dive into the deets.

The Jawa Cruiser can be seen in two variants. One takes on a less purposeful but ‘neo’ approach, with bar-end mirrors, a headlight mask, and blacked out pea-shooter exhausts, while the other seems like a proper Royal Enfield Meteor 350-rivalling cruiser equipped with a pillion backrest, a tall windscreen, chrome touches here and there, along with conventional mirrors.

Apart from this, both bikes feature blacked-out mechanicals and alloys clamped by single disc brakes at both ends, along with a gaitered telescopic fork and twin shock absorbers. Also common between the two variants is a premium-looking split seat and an easy-to-reach handlebar.

Finally, the Jawa Cruiser is expected to employ the Perak’s 334cc motor, rather than the Jawa 42’s 293cc unit. Not only is the former better for triple-digit speeds, it’ll also give the Cruiser an upper hand over the Meteor 350.

When is it coming, you ask? Well, we believe by early 2022, priced at around Rs 2 lakh (ex-showroom), which would make it an interesting prospect in the retro bike market.