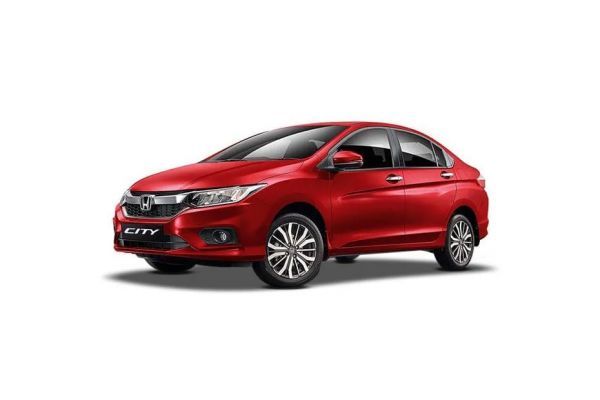 Honda City is one of the most popular nameplates from the Japanese carmaker. Honda recently made the City its first car in India to get updated to BS6. Its 1.5-litre petrol engine is now compliant with BS6 norms, though the diesel has not been updated yet. Prices for the sedan start from Rs 9.91 lakh. It is more expensive by Rs 9,000 to 16,000 depending on the variant. The diesel engine will demand a premium of Rs 5,000 once it has been updated. Starting December 2019, Honda is offering an Anytime warranty which can cover the car for up to 10 years and 1.2 lakh km.

The City is widely considered as the sole reason why we fell in love with the brand Honda. For generations, the sedan has been the torchbearer of refinement, class-leading space, and provided some respite to the enthusiast as well. With the fourth-generation, Honda’s City moves into an upmarket space, offering more feel-good features. Under the hood lies the tried-and-tested 1.5-litre i-VTEC engine that makes a healthy 119PS of power and 145Nm of torque paired with a 5-speed manual or a CVT. On the other hand, the 1.5-litre diesel makes 100PS and 200Nm and comes with a 6-speed manual gearbox. 2019 might just be the last model year for the Honda City. We’re expecting a brand new model to debut late this year or early next year at the 2020 Auto Expo.

Engine options for the new Honda City include a 1.5-litre petrol and a 1.5-litre diesel engine. If you want fun, you pick the petrol. And, if it’s mileage you’re after, it’s the diesel that needs to be parked in your garage. The i-VTEC petrol engine is as rev happy as ever, willingly screaming up to its redline as you grin happily. But, over the years, the engine seems to have let go of its characteristic trait - the butter smooth refinement. You get to pick between a 5-speed manual and a 7-step CVT. In our road test, the manual was unsurprisingly quicker to get to 100kmph, in just 10 seconds. The automatic took nearly 12 seconds to get up to the same speed. On the efficiency front, the manual pipped the auto yet again with 13.86kmpl (city) / 19.21kmpl (Highway) as opposed to 11.22kmpl (city) / 16.55kmpl (highway). Hop into the i-DTEC diesel-equipped variants and the engine clatter is sure to put you off. This motor doesn’t feel remotely as refined as the Verna’s 1.6. You get 100PS of power and 200Nm of torque to play with. Paired with a 6-speed manual gearbox, the City diesel makes for a great highway car.

With the 2019 update, the base-spec S variant has been discontinued. First on the list then is the SV that packs in all the essentials, including a 2DIN music system paired with four speakers, steering-mounted audio controls, automatic climate control, cruise control and alloy wheels. The only real misses are a parking camera, ORVM-mounted turn indicators, front fog lamps and adjustable rear-seat headrests.

Move up to the V variant and you get a 7-inch touchscreen, voice recognition, push-button start, keyless entry, power-folding mirrors and a reverse camera. Dial in the fact that it's also the base-spec CVT and it seems like rather well-equipped, especially at its price point. The penultimate VX variant adds some finesse to the package with an auto-dimming rear view mirror, telescopic adjust for the steering wheel, LED tail lamps, a sunroof and bigger 16-inch alloy wheels.

Finally, there’s the ZX variant that primarily gives you the safety net of side and curtain airbags. Additionally, it gets full-LED headlamps, LED foglamps and a sporty-looking trunk lid spoiler.

Despite its age, the Honda City is among the best looking cars in its segment. The low-slung arrow-like design has been made a touch more aggressive with the update that was launched in 2017. With the top-end variant, Honda hasn’t spared any chance of installing LEDs - you’ll find them everywhere. The headlamps, fog lamps, taillamps and even the number plate lights are LED units. ZX and VX variants get a delicious-looking set of 16-inch alloy wheels, while the SV gets a machine-finished set of 15-inch alloys.

Honda’s sedan is unbelievably spacious. If that ranks high on your priority list, you may proceed to the dealership right away. What backs this spacious cabin up, is the generous feature list. There’s an 8-speaker sound system, automatic climate control (with a touchscreen-like interface), leather upholstery as well as cruise control. You also get a touchscreen infotainment system, but we’ve got to say, we aren’t huge fans of it. What we’re also not particularly fond of, is the interior quality. Yes, Honda once set benchmarks here. But, with the current iteration, it’s seemingly lost that robust feeling that the older Citys had. As far as safety is concerned, the City now gets reverse parking sensors as standard equipment. All other variants, save for the top-spec ZX get dual airbags and ABS as standard. In the top model, you get side and curtain airbags additionally.

Hyundai Verna : : Looks suave, is loaded with features you didn’t know of, and most importantly - doesn’t ride like it’s got pogo sticks for wheels. If you can make peace with the limited room at the rear, it’s the best Verna ever!

Toyota Yaris : : The Yaris isn’t a mass-pleaser. It will appeal to those who appreciate nuances like a sure-footed ride, and low NVH over gimmicks such as LED headlamps and sunroofs. If you needed a petrol sedan that will outlast you, your search ends here.

Volkswagen Vento : : It’s aging, but it’s far from being dated. If you’re keen on driving (fast) yourself, the dual-clutch transmission on the Vento will be a more-than-willing partner in crime. It’s got a stiff ride, but the basics of space, practicality and ergonomics have been nailed to the T.

Maruti Ciaz : : There’s nothing that makes you go ‘wow’, but it doesn’t make you whine either. Yes, it’s a bit boring to drive and it could do with some more features. But if you need a no-nonsense car to be chauffeured around in without burning a hole in your pocket, the Ciaz should be in your garage.

Skoda Rapid : : There’s not much to dislike about the Skoda sedan. With the facelift, it looks as premium as ever, and packs in more tech. If you feel the Vento is a bit out of reach, pick the Rapid. It’s practically the same package delivered with a smaller pinch to the wallet. Yes, it’s a tad bit old and could do with some more features, but that build quality does make up for a lot!

Honda’s City continues to be as desirable as ever thanks to that oh-so-illustrious ‘H’ badge on the nose. Yes, we expected a little more polish in terms of build quality. But there’s practically nothing else that’s a big deal breaker in our books.