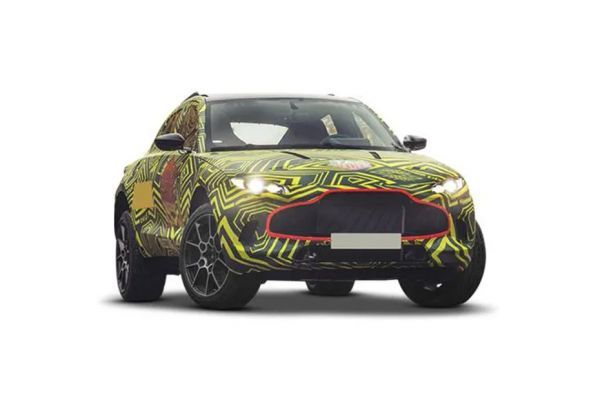 As we inch closer to the debut of the Aston Martin DBX in December, Aston has decided to equip the DBX with the 4.0-litre twin-turbo V8 sourced from Mercedes-AMG. Power figures of  550PS and 700Nm make the DBX the most powerful V8-powered car in the British carmaker’s lineup. Aston Martin also claims that the upcoming SUV can exceed 180mph (290kmph). The DBX is expected to be offered with the carmaker’s 5.2-litre twin-turbo V12 that powers its current flagship, the DBS Superleggera, later on.

The Aston Martin DBX is the fourth car out of a total of 7 to be introduced under Aston Martin’s Second Century Plan, via Aston Martin’s sub-brand- Lagonda. Exterior features are yet to be revealed as Aston Martin has kept the DBX under a camo wrap. Interiors and electronics may include bits from long-time partner Mercedes-Benz.

Once launched, it will go up against other high-end SUVs like the Bentley Bentayga, Lamborghini Urus and the upcoming Ferrari Purosangue.

Aston Martin DBX is going to launch in India with an estimated price of Rs. 3.50 crore

rvmp_n_gpopup
All DBX Questions and Answers