July 13, 2016 : Further expanding its product range in the country, iconic cruiser bike manufacturer Indian Motorcycle launched the Scout Sixty at an event in Mumbai. The bike has been priced at Rs 11.99 lakh (ex-showroom, Mumbai) and will be available in three colour options of Thunder Black, Indian Motorcycle Red, and Pearl White. The motorcycle will be sold in India via the CBU route and will be the cheapest offering Indian Motorcycle currently has in their product portfolio

Polaris owned Indian Motorcycles has had a decent run in the Indian market. They started off with the premium Chief range of motorcycles that was priced in excess of Rs 25 lakh before launching the rather affordable Indian Scout in 2014. But despite the Scout being competitively priced it still cannot rival the better value offered by Harley-Davidson motorcycles as they are locally assembled and attract lower taxes while Indian Motorcycles products come as a direct import. At the 2015 EICMA motorcycle show, Indian launched the more affordable Scout in the guise of the Indian Scout Sixty. Although, the new Scout Sixty is supposed to be the new entry-level motorcycle in the Indian portfolio, visually it looks similar to the standard Scout. 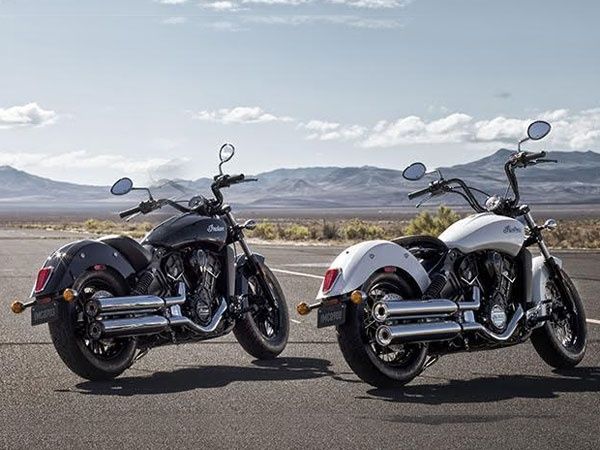 They share the same suspension, brakes and frame. The differences that separate the two bikes are hidden away from prying eyes, deep within the crankcase. The 60-degree V-twin on the Sixty uses pistons with smaller diameter measuring 93mm compared to the Scout’s 96mm ones. This brings the overall capacity down to 999cc from 1130cc. The engine stroke however remains the same at 73.6mm and according to Indian it retains its rev-happy nature. The power is down by about 22PS to 79PS the torque however is down to 88Nm from 102Nm which isn’t all that much. The other major change being that the Scout Sixty employs a 5-speed gearbox as opposed to a 6-speed unit on its sibling. Also ABS has been given the miss for further cost cutting. Expect the Indian Scout Sixty to be priced under Rs 11 lakh which makes it over Rs 1 lakh cheaper than the Scout.

The smallest of the Indian Motorcycles line-up comes packin’ with a 1000cc V-twin, but what is it to ride

Indian Scout Sixty is going to launch in India with an estimated price of Rs. 12.55 Lakh

What is the expected price of Indian Scout Sixty?

The price of Indian Scout Sixty is expected to be Rs. 12.55 Lakh.

What is the launch date of Indian Scout Sixty?

The estimated launch date of Indian Scout Sixty is September 2021.

What are the top competitors of Indian Scout Sixty?

View All
All Upcoming Indian Bikes