Here is what we have to say about the TVS Apache RTR 200 which has completed 10,000km as a part of the ZigWheels long term fleet 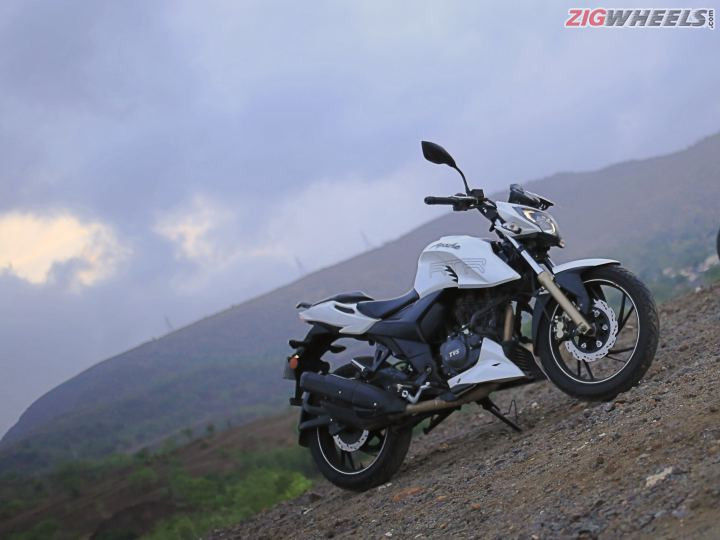 Like many of you, even I had many aspirations of taking complete advantage of the long weekend, thanks to the May 1 leave in Maharashtra. But as always, it was just another plan with a few friends over drinks that didn’t materialise. On a lazy Saturday afternoon, I received a call from my friend asking me to join him at the small quaint town of Kudgaon. I looked up the place on internet and it was just 165km south of Mumbai and was just 30 odd kilometres from popular beach destination Shrivardhan which was easily do-able on the TVS Apache RTR 200. I called up my friend Deepak who agreed to join me and under the scorching summer sun, off we went.

We were welcomed by the open highways and the Apache RTR 200 cruised down the tarmac between 80kmph and 90kmph without any vibes with two heavy loads (read me and my friend). While the progress was swift, I was getting bored on the highway. So we decided to stop for a break and find an alternate route. And I saw a winding road on Google maps that went through Pali. The alternative route saw us ride through a few twisty rods lined with trees that gave us much needed respite from the sun. The Apache seemed to relish the sweeping roads thanks to the grip offered by the Pirelli tyres and they are worth the extra premium in my opinion.

The heat and change of route meant that we took longer than expected and were quickly losing sunlight. No road trip is memorable without you getting lost, and this one was no exception. Suddenly we found ourselves climbing a remote mountain with broken roads for company but gladly the well sprung suspension on the Apache RTR 200 took all the bumps and undulations rather valiantly. Another boon was the bright luminance provided by the stock headlamp which is almost on par with the projector lights of the Bajaj Pulsar 220.

After that adventurous detour and with some help from the locals, we finally managed to reach our destination by 10pm. While I was a bit tired, that wasn’t the case for Deepak as he complained of a sore bum and he also felt that it was too high. Another grouse I had with the bike is the heavy clutch which is good for popping a wheelie but your hands tire easily while riding in crawling traffic. Talking about mileage, despite riding fast and with two heavy chaps on board, it returned us 35.7kmpl, which, in my books, is impressive. Thanks to that, we didn’t have to stop for fuel breaks during our journey. Its time for that the Apache RTR 200 to make a visit to the TVS service centre for some much needed TLC.