The TVS Apache RTR 180 ABS switches ownership and I must say it made my daily commute an exciting affair. Read more such long term report on ZigWheels.com 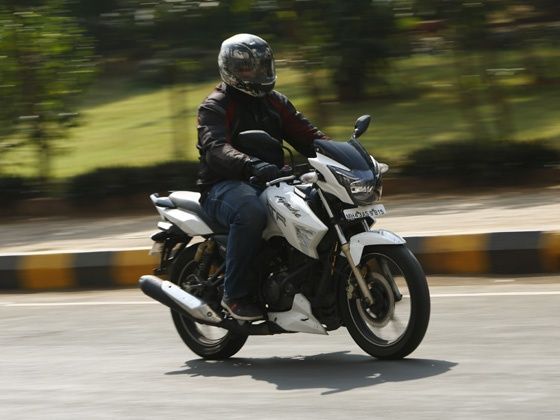 I was taken aback when Vikrant asked me to switch rides and handed over the keys of the TVS Apache RTR 180 ABS. Though it was a sudden shift but I wasn’t complaining, as I feel the Apache RTR 180 ABS is among the dark horses in its segment and I always had a soft spot for the bike. Getting back to the motorcycle, initially I used to feel that the bike was cramped for space and that the fuel tank recess was too narrow for me to grip it with my thighs. But I got used to the slightly odd riding position of the bike in the following days.

The highlight of the TVS Apache RTR 180 ABS for me is its handling. With an ever communicative chassis and small wheelbase meant the Apache RTR 180 ABS changes direction eagerly and it was a joy to carve my way out of the traffic infested roads of Mumbai during my commute. Having said that, the bike has a tendency to wobble while cornering at high-speeds which can be a bit nerve-wracking. This can be blamed on the softly sprung rear-suspension that has been setup to provide decent ride quality but I feel its blasphemy given the brilliant chassis.

The TVS Apache RTR 180 ABS is the cheapest motorcycle in the country with optional ABS. The benefits of ABS was experienced by me first hand when a stray dog took fancy of my front wheel and ran head on towards it like a suicide bomber on a mission of self-annihilation. In the hasty and panicky situation I grabbed onto the brakes and the bike came to a halt without any fuss or drama. I am pretty sure that if I was riding a non-ABS motorcycle, the stray dog wouldn’t have been lucky enough to whine and run away.

The TVS Apache RTR 180 ABS’s powerplant has a good amount of punch which makes overtaking an effortless affair. But the motor is plagued with vibrations and it clearly needs an upgrade with respect to refinement. I also found the five-speed gearbox a bit notchy. Overall my experience with the TVS Apache RTR 180 ABS has been a pleasant one as it reduced my commuting time while adding a dash of excitement but it’s time to return the bike to its rightful owner.