It's not new, but it's still very relevant. The TVS Apache RTR 180 ABS is now part of our long term fleet 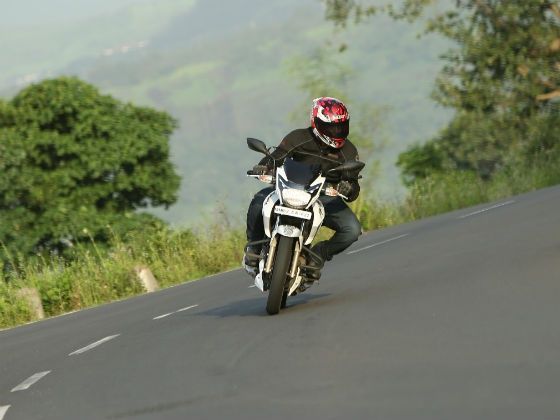 No, there’s nothing really new about the TVS Apache RTR 180 for it to feature on our long term review section. But, as our comparison review between the Suzuki Gixxer, the Yamaha FZ-S v2.0 and the Apache revealed, the TVS still has a lot going for it. You can read the comparison review (Suzuki Gixxer vs Yamaha FZ-S FI vs TVS Apache RTR 180: Comparison Review) to better understand what we are talking about. So even though the TVS Apache RTR 180 has essentially remained unchanged since its launch – barring the styling of course which was only recently upgraded – the bike still remains relevant. For the same price as the Suzuki Gixxer one gets a larger, more powerful engine; a more up-to-date braking system; and a bike that’s proper fun to ride.

What we have here is the very top of the line version: the Apache RTR 180 with ABS. And the latter, if nothing else, is a confidence building tool especially when you ride in the wet. We have had the motorcycle for a month now and have subjected the RTR to whole lot of riding from daily commuting on wet and slippery concrete to a fast ride up the hills leading to Amby Valley with some flat-out highway riding in between. And it must be said, the TVS Apache RTR 180 ABS has done well on most counts.

It has its set of shortcomings, nonetheless. For starters, it feels tiny when you sit on it and its seating ergonomics won’t please the majority either. But more than that, it’s the engine vibe at higher revs that can get truly bothersome. It’s alright when commuting or riding hard up a hill road, but on straight highways when you want to cruise, the vibration leaves you with buzzing hands and feet. And that’s anything but ideal. But, we will have more on the motorcycle, especially about how it is to live with the Apache - its ups and downs, its quirks and its likable characteristics - in the coming months. So stay tuned. 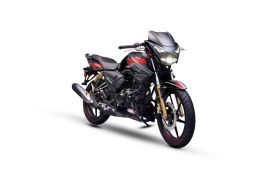