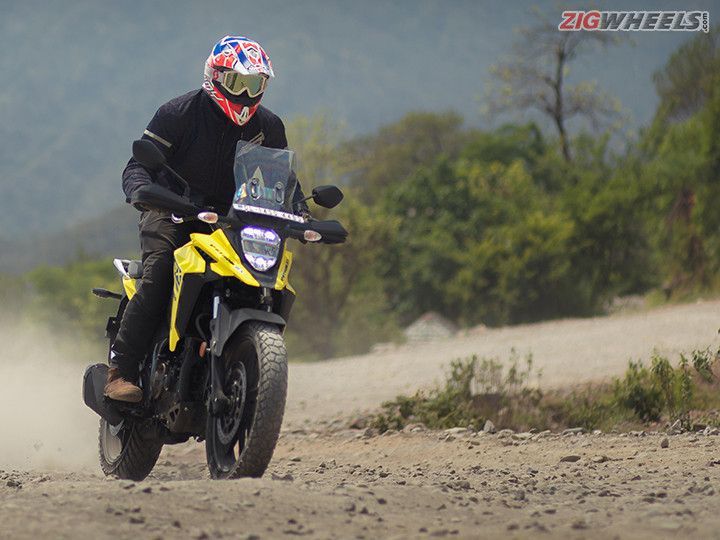 Adventure. It seems to be the favourite word for most two-wheeler brands in our country and the latest entrant is the Suzuki V-Strom 250SX. It’s the Japanese brand's THIRD offering in the 250cc segment and its most affordable ADV offering for India. With the V-Strom 1000 and 650 having established the rugged all-rounder family name, we are sampling the 250 in the Himalayas. Promising, right? But, things don't look too rosy for the V-Strom 250 SX as the specs aren’t too impressive. So does it have the Suzuki magic and prove that numbers always don’t tell the real story, or do they?

I am gonna start this review with the styling as Suzuki designers have nailed the brief. It looks like a proper scaled-down version of the V-Strom and in pictures I thought the bike looked small, but that isn’t the case. It looks big, has presence and made onlookers curious wherever we went during the shoot. And more importantly it doesn’t look like a 250cc bike.

The design highlights include the tall windscreen and positioned below is the bright LED headlight (same unit as the Gixxer 250). It’s interesting how Suzuki designers managed to make it work on the V-Strom 250. The large beak and the fairing give it that proper V-Strom DNA and the tank blends well with the fairing. The split seat adds to its bulk, while the twin-port exhaust muffler sports a black finish. Moving to the rear, the taillight is the same LED unit as seen on the older Gixxer, while the chunky grab rail adds to its tough character. On the feature front it receives an all-digital instrument console with Bluetooth connectivity with call, SMS and WhatsApp alerts. There’s also turn-by-turn navigation with ETA and a USB charger.

One more aspect where the V-Strom impressed us was in the quality department. The paint finish is beautiful, panel gaps are tight, switchgear looks robust and you wouldn’t find any loose wires. And despite riding the bike over some really rough roads and rocks, none of the panel showed any sign of abuse or rattle, so good job Suzuki!

The new bike is based on the same platform as its Gixxer 250 siblings and shares the same engine and specs. Given their strong all-round performance, that’s not a bad thing and Suzuki engineers haven’t altered the gear ratios either.

At lower revs, the engine feels a bit peppy and the first two gears are short, while the tall third gear means you can trundle at city speeds easily. But there is a flat spot in the mid-range and overtakes will require you to downshift. This flat spot also means that mid-range performance is poor and you will have to work the engine a lot if you have a heavy wrist.

The 250cc engine is very composed by nature, so one will have to be a bit patient for it to gather momentum. While this easy-going nature will not be appreciated by all, it actually works well for touring and it reminded me a bit of the new Royal Enfield Classic 350. The air feels serene while cruising and this chill nature makes munching miles effortless and enjoyable. So if you want thrilling performance, this 250cc engine will not impress you, but as a tourer it does a good job.

We hardly encountered any starights, so I can’t comment about its touring capability, but you could feel a bit of vibes at 100kmph. The 6-speed gearbox is slick and the clutch action is light.

There are two aspects that help the V-Strom 250 nail the experience as a tourer - first, the seat. Not only is it spacious, it is also very well padded. We rode the bike for almost 8hrs and not even once did my derrière feel numb. Secondly, the ergonomics. The other bit that adds to the comfort factor is the upright riding posture courtesy the flat and wide handlebar and the pegs that are almost centre-set, which means you can munch miles effortlessly. Also, the rider feels a part of the bike owing to the sculpted fuel tank. Owing to this, despite its size, the rider doesn’t feel intimidated as is the case with most other ADV offerings.

What isn’t comfortable, though, is the seat height, at 835mm. I am 5ft 10’ tall and while it didn’t bother me all the time, on inclined surfaces and while dabbing my foot in traffic, it did make me feel a bit nervous. So we will suggest shorter riders to go for the optional 810mm low seat accessory.

To give it off-road cred, Suzuki engineers have given it a 19-inch front wheel and off-road centric tyres, while the suspension travel remains identical.

So can you realise your Dakar dreams? Nope, don’t even think about it. The V-Strom 250 SX is at best suited for trails and does a good job on broken roads. The front suspension is a bit compliant, but the rear is firm, so on sharp bumps, potholes and rocks, it feels nervous. So if I had plans to head to Ladakh, I wouldn’t be too excited. This is disappointing given the V-Strom moniker. So if you were looking for a pukka off-roader, look elsewhere.

Where the V-Strom 250 doesn’t feel nervous is the handling department. It feels predictable and confident, and I had a wonderful time on the mountain twisties enroute to Manali.

What makes this experience even more impressive is that despite running a 19-inch wheel, there is so much communication from the front-end and it feels as if you’re riding a bike with a 17-inch wheel. I must also give credit to the tyres–despite the off-road pattern, they offer loads of grip, thereby enabling you to extract more from the bike. Braking too is on point, there is a slight fork dive, but the brakes offer you positive bite and feedback. The Suzuki V-Strom 250 misses out on switchable ABS, but given its limited off-road ability, I don’t think the rider will miss it much.

The one number which is hard to digest is the price as it commands a massive premium over its 250cc siblings.

The V-Strom 250 SX isn’t a perfect bike, it doesn’t have proper off-road cred or outright performance, the seat height can be worrisome for shorter riders, and the flat spot is irksome. But despite its flaws, the V-Strom 250 has that magical Suzuki element, which in its case is its friendly and approachable nature.

It kind of reminds me of the hatchback-based pseudo SUVs–enthusiasts were furious, but the masses thronged to buy them. As such, the V-Strom is honest about its intent as a tourer, barring its name, quite ironic. So if you want a friendly and comfortable tourer which has visual appeal, good quality, enjoyable handling and don’t mind spending the premium, the V-Strom 250 SX can be your next bike. On a personal note, I enjoyed the V-Strom 250 and even after spending eight hours on mountain roads there was hardly any fatigue. A good bike, but at the wrong price. 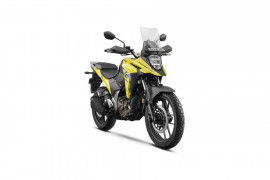 All Comparisons of V-Strom SX