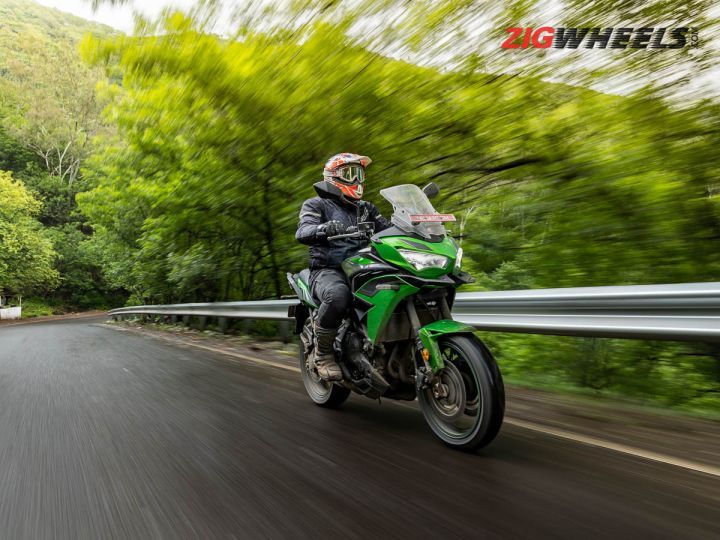 The big bike journey is the same for most of us bikers. You get smitten by one as a kid, your teenage and college years are spent lusting after one and when you finally start earning, the dream of owning your own big bike starts taking shape.

Given the massive increase in taxes and inflation, the big bike dream has become even more difficult to realise in recent years. However, if you have managed to save up enough cash, and are planning to buy your first big bike costing under Rs 10 lakh, the Kawasaki Versys 650 makes a compelling case for itself. It has also recently received an update and here's its quick review!

Let’s start with what’s new on the 2022 Kawasaki Versys 650. First up are the visual changes. The bike now gets a front fascia inspired by the Kawasaki Versys 1000, endowing it with a modern persona.

It comes with goodies such as an LED headlight, LED indicators, a TFT screen, Bluetooth connectivity and multi-level traction control. Oddly though it still misses out on navigation. A useful addition is the easy-to-operate manually adjustable flyscreen.

It’s all about comfort

There’s one aspect that makes the new Versys 650 such an enjoyable bike and that is the comfort factor it offers, which in itself are dependent on two factors - ride quality and ergonomics.

The long-travel suspension means that you can ride over anything that the Indian roads throw at you and that too without even standing. Be it potholes, broken roads or undulations, you can just gas over it.

Only the very sharp bumps make the fork bottom out and if that wasn't it, the Versys 650 also gets adjustable suspension, so you can tune it based on your requirements and weight.

The riding ergonomics is also spot on. The handlebar is wide, the foot pegs are centre-set and you sit very upright. Your legs hug the fuel tank, while the seat offers you the comfort of a couch and the adjustable windscreen helps in restraining wind blast at high speeds.

My only concern is the 845mm seat height which can induce nervousness among shorter riders. The combination of great ride quality and ergonomics make it a proper mile-muncher and you can easily cover 1,000km in a day on the Versys 650.

Powering the 2022 Versys 650 is the same 650cc motor as seen on the model year 2021 bike and there have been no mechanical updates. Although not new, this engine has two strong key highlights - ease of use and performance.

The strong low-end torque delivery allows you to ride the bike between first and second gear with absolute ease. The light clutch action and slick gearbox enhances the city riding experience further and the liquid-cooling system is just fantastic as you don’t encounter engine heat.

And when you get to stretch its legs, the Versys 650 delivers there as well. It offers brisk acceleration and you reach triple-digit speeds without working the engine much. You can cruise all day long at speeds around 120-130kmph, making it a wonderful tourer.

Having said that, it’s a bit too clinical in its approach and lacks the visceral appeal, and some riders might find this nature a bit boring. Real world fuel efficiency isn’t bad either as it returned us 17kmpl and with a 21-litre fuel tank, you’re looking at a range of above 300km on a full tank.

The big update is the addition of a two-level traction control (TC) system, which can be controlled easily on the move. While it isn’t the most clean TC system out there, it isn’t very intrusive or crude as well. Given that our shoot took place on wet roads, the TC system was a helpful friend and something many first-time big bike owners will appreciate.

The Versys 650 isn’t a hardcore off-roader, but if you feel being adventurous, you can hit trails and mild off-road sections. The long-travel suspension does help you and you can switch off the traction control system for better control. But, the road-spec tyres and small wheels limit the Versys’ capabilities and you will have to be cautious.

There have been no updates made to the underpinnings and the Versys 650 continues to be a fun and easy handling bike for an ADV. But, the tyres are only good in the dry and in wet conditions they make one feel very nervous. So a tyre upgrade is highly recommended. Stopping power is very good, but the dual-channel ABS can be a bit too intrusive on wet surfaces.

Note: All prices are ex-showroom Delhi

The updates on the new Versys 650 have come at a premium of Rs 21,000 and as you can see from the table above, the Kawasaki offering undercuts its rivals’ prices by a massive margin.

Coming back to the Versys 650, it has presence, comes loaded with features, can be used as a daily runner and has the performance to excite you and munch miles at will. So, if you’re stepping into the world of big bikes, the 2022 Kawasaki Versys 650 is our best bet under Rs 10 lakh.

Our only concern with the bike is its clinical approach and the fact that service and spare parts costs for the Japanese brand are very high. While the Versys 650 isn’t a hardcore off-roader, it can be used to explore a fair bit and will make your journeys much more comfortable. 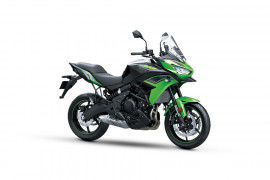 All Comparisons of Versys 650