Everything You Need To Know About The Yamaha XSR125 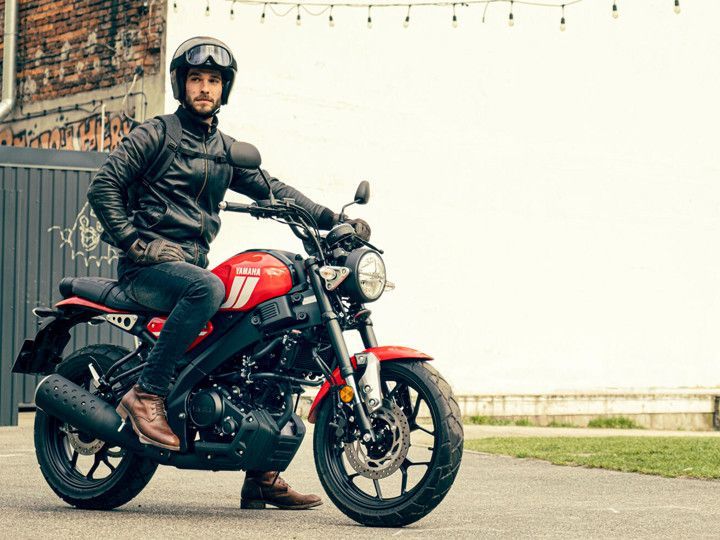 Yamaha just unveiled the smaller XSR125 for the European market and it’s everything we’ve ever wanted from a small-capacity bike. It looks properly retro, packs a tiny yet sophisticated liquid-cooled engine, and gets some premium hardware too. If you're just as intrigued as we are, here are five key aspects that’ll get you up to speed with the bike:

Yes, the XSR125’s neo-retro DNA has trickled down from the XSR155. It gets the same chunky tear-drop shaped fuel tank, triangular side panels, and a bench seat. The only differences being, the body-coloured mudguards and the bright colour tones available on the baby XSR, which include Redline (red), Impact Yellow, and Tech Black. The twin stripes leading from the fuel tank to the side panels are a neat touch.

Retro elements, including a ribbed seat cover, a round LED headlamp and tail light, and a circular dash have been neatly integrated into what is a pretty modern motorcycle. The negative-LCD fully-digital display offers a decent amount of information, ranging from a gear position indicator and average speed to average fuel efficiency.

The Most Powerful Bike In Its Class!

Surprisingly, Yamaha hasn't cut corners on the hardware front. The XSR125 is properly premium. It comes equipped with blacked-out mechanicals such as a stubby exhaust, the Deltabox frame, the cast aluminium swingarm, and a USD fork. Its 17-inch alloy wheels come shod with 110/70-section front and 140/70-section rear block-pattern tyres. Disc brakes are employed at both ends with dual-channel ABS offered as standard.

Would It Come To India?

We doubt the baby XSR125 would ever make it to India considering it’ll be priced on the premium side of the spectrum. However, with the ever-growing demand for neo-retro motorcycles, we would have loved to see the larger XSR155 here in India. And it only makes sense since we already have the YZF R15 V3 and MT-15 here based on the same platform.

The problem is, Yamaha feels it’s better off launching the FZ-X instead, which is a neo-retro derivative of the highly popular FZ commuter. Here’s everything you need to know about it.