Why Yamaha Shouldn't Relaunch The RX100

As much as we’d love to see the Yamaha RX100 being brought back to life, it’s not such an easy proposition in today’s day. Perhaps it’s for the best. Here’s why. 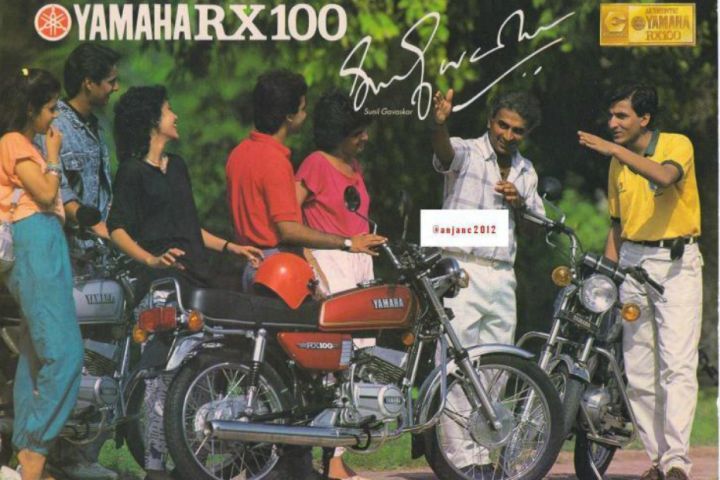 Let's be honest. We were obviously excited when rumours of Yamaha reviving the iconic RX100 were doing rounds on the internet a week ago. However, since the false optimism has now settled into a harsh reality, we're not quite sure if bringing back the Yamaha RX100 would be a good idea.

Unless you've been living under a rock for 20 years, you will know that producing new two-stroke engines for the road is banned in India (and across most of the world). Designed in a less complex manner with less number of moving parts, their inherent simplicity helped them in burning petrol and churning out horsepower at an exciting rate. A little too exciting for most people’s liking.

Four-stroke motors are controlled by valves and have one power stroke in every four strokes. Two-stroke engines, on the other hand, are controlled by ports, with every other stroke being a power stroke. Naturally then, the induction stroke takes place at the same time with the exhaust stroke. This leads to some fresh fuel being mixed with exhaust gases, causing a peculiar sooty smoke amongst other dangerous gases, which can do serious harm to the environment. Hence, as the emission norms became more stringent, the government had to pull the plug on two-stroke motors. This brings us to our next point...

The reason behind the RX100's popularity is simple: It offered entry-level sportbike performance for the price of a commuter. This can mainly be attributed to its simple construction with two-stroke engine performance in a budget price. This barebones construction of its 98cc, air-cooled, two-stroke engine allowed the bike to be featherweight at 103kg. Pair this with 11PS of power and you'd have a bonkers power to weight ratio.

However, that's a thing of the past. With today’s nauseating level of pollution, if Yamaha does decide to bring back the RX100 it'd have to be with a four-stroke engine. Which means the engine will have to comply with modern emission norms, which are getting tighter by the day. This means it’ll require more complex construction, adding further weight on the motorcycle. Let’s not forget, four-stroke engines can never match the brutal nature of a two-stroke motor’s power delivery. So say goodbye to that quick acceleration and unhinged power band.

It Won’t Be Cheap

The Yamaha RX100 was launched all the way back in 1985. This was the time when motorcycle safety was a passing thought. This helped manufacturers in keeping the costs down. Since then there has been incredible development in automobile technology, and with that motorcycle safety norms have also grown to be a lot stricter. If Yamaha does decide to bring back the RX100, it’d have to be compliant with every one of those norms.

Which means changing the archaic suspension setup, brake setup and everything else. Not only will this increase the cost, it will also make the RX100 just like every other commuter in the market. Even if Yamaha does decide to tune it and market it as a small-capacity performance commuter, there’s a good chance that Indian buyers will shy away from it. Don’t believe us? Take a look at the Bajaj Pulsar 135LS’ sales report.

Yamaha Has No Reason To Revive It

The Japanese company already has quite a few popular products in its Indian portfolio, like the R15 and the FZ25. Considering the niche following of the RX100 the bikemaker has no reason to revive it just for the sake of nostalgia. Making it a serious performer that will punch above its cubic capacity category will undoubtedly make it expensive. Making it cheap will make it just another commuter with just old school looks and nothing else.

And this means Yamaha will have a tough time positioning it. With the emission norms getting stricter and the government's push towards electric motors intensifying, there is no way the new RX100 will ever be able to do justice to its legendary reputation. Perhaps it’s for the best that we don’t see India’s iconic motorcycle get ruined just for a cash-grab.