Here’re All The Cars Being Launched/Unveiled In March 2021

A vast mix of SUVs, sedans, and an all-electric model 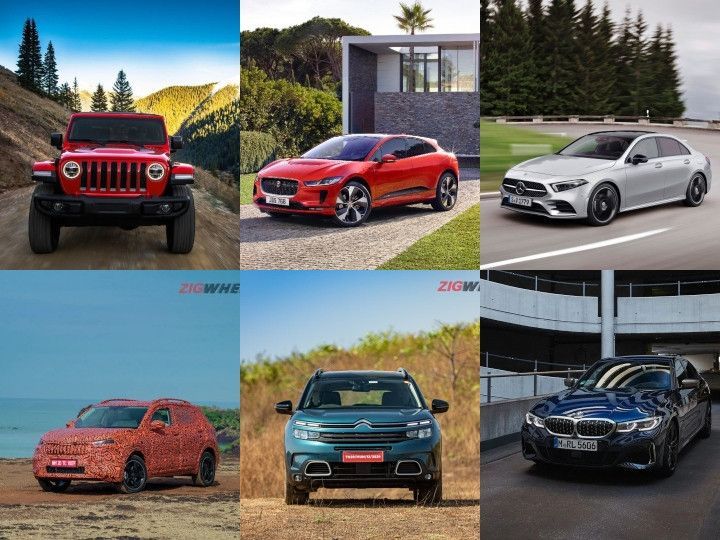 This month was already quite a busy one in terms of launches like the XUV300 Petrol AMT, the Renault Kiger, the MG Hector CVT, the Maruti Suzuki Swift facelift as well as the 2021 Tata Safari. And March is set to continue that trend with a vast lineup of cars going on sale or making their debut in the country. Here’s the list:

The month of March will kick off with Jaguar launching India’s second luxury electric vehicle, and Jaguar’s first all-electric offering in the country, the i-Pace SUV.  It will be offered in three variants: S, SE and HSE and up to 12 colour options. Powering the SUV are twin-electric motors producing a combined 400PS and 696Nm. The 0-100kmph sprint is achieved in 4.8 seconds with a top speed of  200kmph.

Juiced up by a 90kWh battery pack, the I-Pace delivers a WLTP-claimed range of 470km with fast-charging capabilities. It goes up against the Mercedes-Benz EQC and the upcoming Audi e-tron.

Another variant of the BMW 3 Series will make its way to India. But this time, it's the more performance- focused M340i. It’ll have a throaty 380PS/500Nm 3.0-litre straight-six motor under the hood, with propulsion being directed to all four wheels via an 8-speed automatic transmission. It’s pretty quick off the line with a 0-96kmph sprint in 4.1 seconds.

A beefy motor aside, the M340i will have performance wizardry in the form of M Sport suspension, M Sport brakes, and M Sport differential. You get all this while the M340i looks pretty similar to standard 330i M Sport, making it a ‘sleeper’ of sorts. It will also be the first locally assembled M model in India. The M340i will go up against the Mercedes-AMG C43 coupe.

FCA India’s next locally assembled Jeep model will be the Wrangler. The off-roader will be imported as a completely-knocked-down (CKD) and assembled at Jeep’s Ranjangaon facility making it the second locally assembled model in the country after the Compass. It’ll be offered in two variants which is likely to be the Unlimited Rubicon and Unlimited Sahara. A 2.2-litre diesel engine may be on offer in the locally assembled off-roader.

While the current CBU model retails from Rs 63.94 lakh to Rs 68.94 lakh, the locally assembled model could have prices significantly come down. It will rival the Land Rover Defender and the Mahindra Thar as other off-roaders on sale in India.

Next up will be the start of the Skoda-VW India 2.0 business plan with the Kushaq compact SUV. Design sketches reveal a traditional Skoda butterfly grille flanked by two-piece headlights and aggressive bumpers.  The C-shaped taillights look borrowed from the Vision IN concept. Expect plenty of features like connected car tech, Android Auto and Apple CarPlay, sunroof, and more. Powering the Kushaq will be 1.0-litre and 1.5-litre turbo petrol engines with manual and  automatic transmission options.

It will be based on the heavily localised version of the VW Group’s smallest modular MQB-A0 platform. Rivals will include the Hyundai Creta and Kia Seltos.

After a lengthy delay due to the COVID-19 pandemic, Mercedes-Benz will finally launch the A Class Limousine. It will be the carmaker’s entry-level model and will be offered in both standard and the sportier AMG A35 guise. Petrol and diesel engines will be on offer. It will rival the  BMW 2 Series Gran Coupe and the upcoming 2021 Audi A3.

And lastly, Citroen’s debut model for India, the C5 Aircross is set to go on sale. It will sport a chic crossover-like stance, and come in two fairly loaded variants. Powering the SUV is a 2.0-litre diesel engine paired with  an 8-speed automatic transmission. Pre-launch bookings for the C5 Aircross will commence on March 1. The SUV is expected to take on the Jeep Compass’s range-topping Model S and the upcoming facelifted VW Tiguan.