The Hero XPulse 200 and XPulse 200T are expected be launched in early 2019 with prices starting from Rs 1.1 lakh 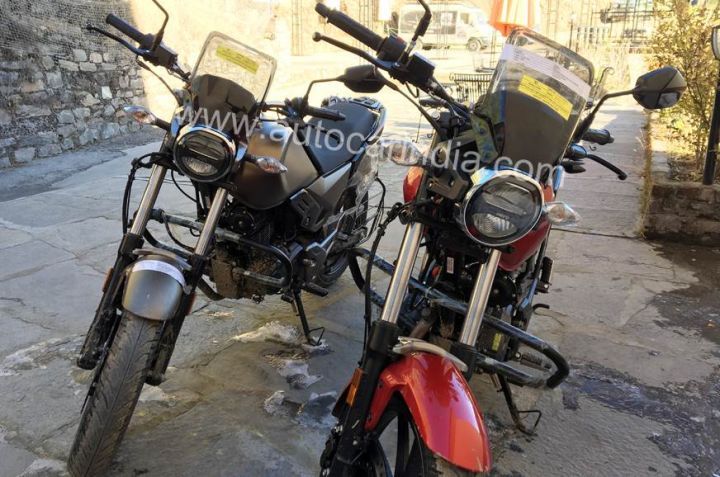 The much-anticipated budget adventure tourers from Hero, the XPulse 200 and the XPulse 200T have finally been spotted testing in India. And, from the looks of it, the duo seem to be production ready. Both the bikes are expected to be launched in India by early 2019 and share the same engine and similar underpinnings. That said, the XPulse 200 is more off-road biased, while the XPulse 200T is a road-biased version.

The spy pics give us a clear picture of the differences between the XPulse 200T (red) and XPulse 200 (matte black). For starters, the XPulse 200 features a raised beak, knuckle guards, a clear flyscreen, metal skid plate and fork gaiters. It also employs larger spoked 21-inch front and 18-inch rear wheels wrapped in dual-purpose tyres which should give you better grip off road. The XPulse 200T, on the other hand, does away with the knuckle guards and fork gaiters, and rides on 17-inch alloy wheels shod with road-biased tyres. It also gets a conventional front fender with a plastic engine cover to keep costs in check.

True to its off-road character, the XPulse also sports a high-mounted exhaust, which is low-set on the XPulse 200T. Similarities include an all-digital instrument console, which Hero says will get smartphone connectivity and turn-by-turn navigation. Likewise, both bikes feature all-LED headlight and tail light.

Powering the siblings is also the same 200cc, air-cooled mill that makes 18.7PS and 17.1Nm of torque, mated to a 5-speed gearbox. Suspension duties are handled by long-travel telescopic forks up front and a monoshock at the rear. Both motorcycles will also feature single-channel ABS as standard.

We expect the manufacturer to price the XPulse 200 around Rs 1.2 lakh, while the XPulse 200T is expected to be priced slightly lower, at around Rs 1.1 lakh. The Royal Enfield Himalayan has been unrivalled up until now in terms of pricing, but it’ll face stiff competition from the XPulse 200 which is positioned as the most affordable adventure tourer. The XPulse 200T, on the other hand, will go up against the Bajaj Pulsar 220F and TVS Apache RTR 200 4V.