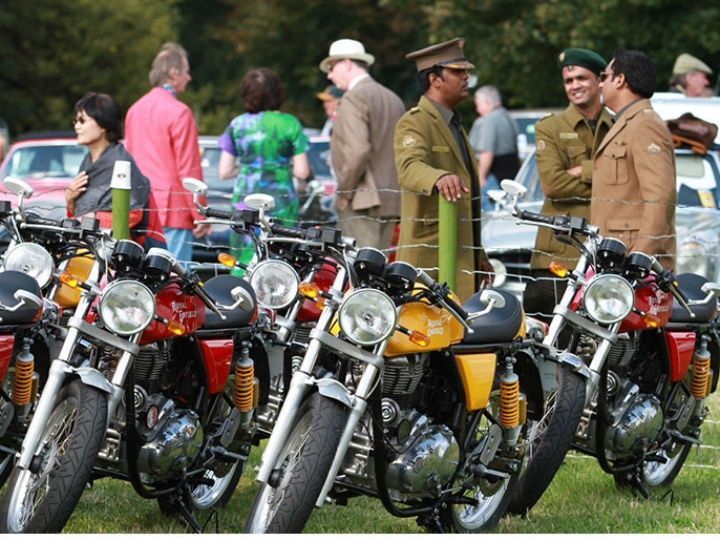 Royal Enfield will be present at the 2015 Goodwood Revival festival, one of the most attended heritage automotive events which celebrates the glorious days of motor racing as they used to be, with all of the accompanying spectacle and glamour of the era.

This year Goodwood revival festival is scheduled to be held from 11th - 13th September and Royal Enfield will revive memories as the historic motorcycles line up next to their modern current-day revivals.

In spirit of revival, Royal Enfield will bring to a life a Royal Enfield 1949 350cc Model G in a live restoration project during the course of the festival. All this, in an authentic reproduction of a Royal Enfield dealership in the 1960s that is in the spirit of the retro theme of Goodwood Revival. Full of period features, the dealership will showcase the artwork, product catalogues, signage and a fully equipped service bay that brings back the charm and character of the golden era of British motorcycling.

At the Goodwood Revival in 2014, Royal Enfield unveiled a preview of the company's new apparel collection that takes its inspiration from the despatch riders.

Royal Enfield's special guest to unveil the collection was the amazingly spry 93-year-old George Brown who was a despatch rider for the Royal Corps of Signals in WW2. The motorcycle that he rode is also on display at the marquee - the Royal Enfield 350cc WD/CO. More than 22,000 WD/COs were supplied to the Army, Navy and RAF during the war.

Each year, Goodwood Revival recreates the historic circuit’s golden era of racing by bringing together the best of automobiles, aviation and fashion from the 1940s, 50s and the 60s.

As the oldest motorcycle brand still in continuous production, Royal Enfield takes a special place in the Goodwood Revival festivities. Established in 1901, Royal Enfield boasts of a rich motorcycling heritage spanning more than a century.