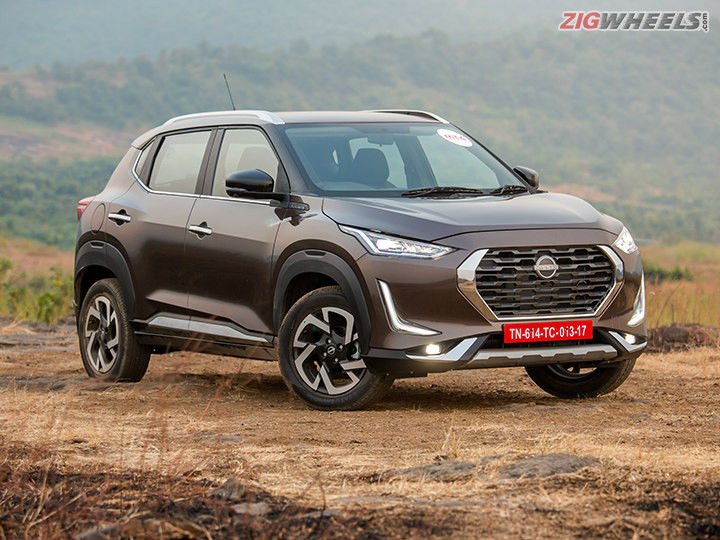 After a lengthy period between the concept unveil in July and a production-spec unveil back in October, Nissan is all set to launch the Magnite sub-4metre SUV in India tomorrow. The carmaker has already commenced pre-bookings, with customer test drives also starting on December 2, the day of the launch. Almost everything you need to know about the Magnite has been revealed and we’ve already had an initial impression on the Magnite which you can read here. Here’s more information on it in detail:

Thankfully, the production-spec Magnite looks very similar to its concept iteration, which translates into one of the sportiest looking SUVs in the segment. Notable highlights include a large Datsun-like front grille, with sleek LED projector headlamps, L-shaped LED DRLs as well as LED fog lamps. Adding to its athletic stance are the aggressive wheel arches with dual-tone 16-inch alloy wheels. It also retains the concept’s swanky looking taillamps and a butch rear bumper.

You also get the option of five monotone colours: red, white, brown, silver, black and three dual-tone shades: blue/white, red/black, and white/black to choose from.

Loaded To The Brim

The Nissan Magnite has a lot riding on its shoulders as it could dictate Nissan’s future in India. It will face stiff competition from the Kia Sonet, Hyundai Venue, Tata Nexon, Ford EcoSport, and Maruti Suzuki Vitara Brezza.