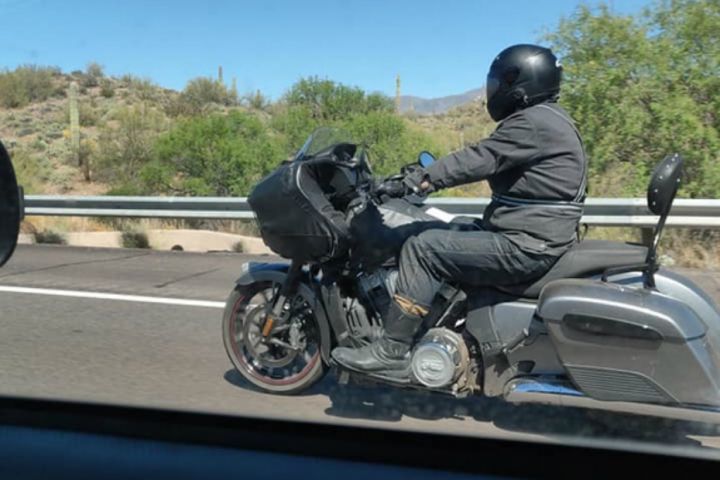 Indian Motorcycles’ upcoming cruiser was spotted testing for the first time a couple of weeks ago. Not many details were available back then except for the V-twin motor which appeared to be liquid-cooled unit. A leaked internal document now reveals details about the bike which is expected to debut this year at EICMA motorcycle show. Not just that, the document included another big revelation. Indian is working on two new motorcycles based on the FTR 1200.
Also read: Indian Chieftain Dark Horse - Road Test Review

We knew that after the FTR 1200, Indian was working on a bigger, liquid-cooled V-twin motor. The document shows that this motor will have a capacity of 1770cc and will make around 120PS. This new motor will debut on the new bike, which according to the leaked documents will be named the Indian Raptor. The document also mentions ‘SOP August 2019’, which in automotive industry jargon stands for Start Of Production. It also shows the Raptor as a MY2020 model. From this, we can make an educated guess that the new Raptor cruiser could be unveiled, or even launched, at this year’s EICMA motor show in November. An image of the Indian Raptor test mule also surfaced online, revealing the cruiser’s side profile. It has a similar profile to the Harley-Davidson Road Glide Special, and it will also rival the BMW K1600B Bagger.
Also read: Indian FTR 1200 S Bookings Open

This wasn't the only information the leaked document revealed. It also shows that Indian is working on a street and adventure bike based on the FTR 1200. The FTR 1200 is the first bike in the Indian lineup to be powered by a liquid-cooled motor. Its 1203cc V-twin delivers 120PS. Interestingly, the document shows that the bikes will get either a 5-speed or a 6-speed gearbox. According to it, the street will be an MY2020 model while the adventure will be an MY2021 model. However, the SOP for the bikes is mentioned as January 2019, which could be for the MY2020 Tracker a.k.a. the already launched FTR 1200. The 1200cc Street is expected to come by the end of the year while the Adventure model could come next year.

We expect all three Indian bikes to be unveiled at this year’s EICMA motor show. Will these bikes come to India? Given the fact that most of Indian’s international portfolio, including the FTR 1200, is already sold in India, the launch of these new offerings seem very probable.