Mercedes-Benz’ Auto Expo Lineup Is Balanced, As All Things Should Be

... and it will be headlined by the launch of the new GLE 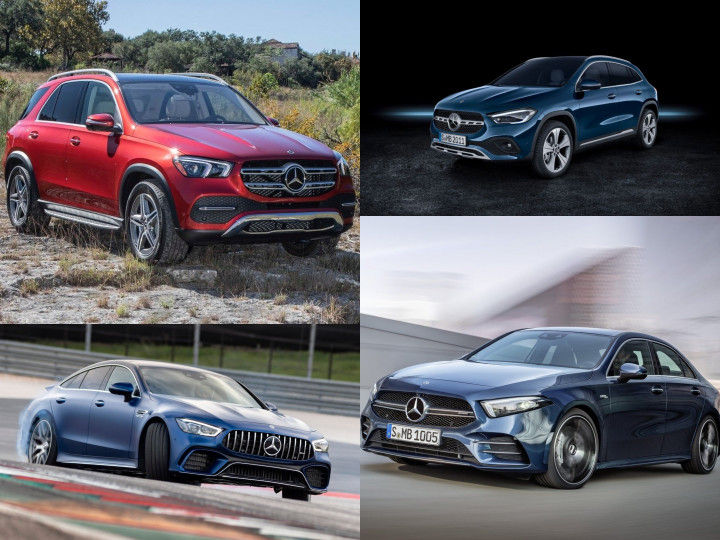 Looking at the list of the participants for this year’s Auto Expo, it is evident that all the European luxury carmakers have decided to give it a miss except for Mercedes-Benz. The German carmaker has now revealed its interesting lineup for the Auto Expo 2020 in a video teaser. Here’s what you can expect:

Kicking things off for Mercedes will be the 2020 GLE. The carmaker has already started accepting bookings for the SUV, and now it has been launched in the country on January 29. What it brings to the table are revised styling, cabin and three BS6 powertrains. GLE 300 d, GLE 450 d and GLE 400 are the three variants/engines on offer, with figures ranging from 245PS to 367 PS. All these engines will come paired with a 9-G TRONIC  gearbox and 4MATIC all-wheel-drive system. Prices start from Rs 73.70 lakh (ex-showroom).

Mercedes-Benz is known for its sinister performance sedans going a long way back. The GT 63 S 4-door coupe is the most-powerful 4-door sedan available from Affalterbach right now. It lets you reach 100kmph in 3.2 seconds and if you’re brave enough, tops out at 315kmph. That’s thanks to 639PS and 900Nm from a 4.0-litre turbocharged V8. And it’s coming to India! The GT 4 door coupe is also available in tamer versions such as the GT 63, GT 53 and the GT 43. But we remain optimistic and expect to see it in its wildest GT 63 S form at the expo. The AMG GT 53 is also on the cards.

Next up from Affalterbach is the AMG A35 sedan, which is basically the A35 with a boot affixed. Highlights include a 2.0-litre turbocharged petrol engine that produces 305PS and 400Nm, taking the A35 sedan from 0-100kmph in 4.8 seconds. Underneath the sleek bodywork is the 4MATIC system combined with a 7-speed gearbox that splits the power (50:50) and sends it to both directions. Furthermore, Mercedes has also revealed that the A-Class sedan will be launched in India this year!

The A-Class on steroids is also set to be launched here soon. Unveiled in December 2019, the updated GLA is taller and wider than the outgoing model. The entry-level GLA 200 uses a 1.3-litre turbo-petrol that develops 163PS while there is also a more focussed GLA 35 AMG variant which gets a 306PS 2.0-litre turbo-petrol. The current generation of the SUV is priced from Rs 32.33 lakh (ex-showroom India), but that is set to change with the new GLA.

Mercedes-Benz India launched its all-electric brand EQ in India recently while showcasing the EQC. Mercedes has announced that it will launch the electric SUV in April 2020. Underneath the EQC’s floorboard is an 80kWh battery pack powering two electric motors that produces a combined output of 408PS and 760Nm. The result of all this is a 0-100kmph time of 5.1 seconds while also managing an impressive range of 470km. If you want to know more about the EQC, head this way.

Mercedes is not only bringing cars to the Auto Expo but also a Volocopter! It is an air taxi service which uses all-electric copters for urban mobility solutions. Established in 2011, Volocopter has come a long way and gained investments from auto giants like Daimler and Geely. We are yet to receive information on the specific Volocopter model that will be showcased. It might as well be the VoloCity, which is an 18 rotor passenger drone capable of carrying two people while getting up to speeds of 110kmph. Flying cars might still be a distant dream but guess what, all-electric flying taxis are almost here!

Apart from these Mercedes-Benz will also be showcasing the AMG G 63, AMG C 43 Coupe, Mercedes-Maybach, E-Class, MB Certified C-Class, and the recently launched GLC SUV. Mercedes’ lineup for the Auto Expo sure looks interesting with a perfect mix of SUVs, AMG models and EVs. We can’t wait to see them in the flesh at the India Expo Mart in Greater Noida. Stay tuned to ZigWheels for comprehensive coverage of India’s premier motor show, the Auto Expo 2020.