CFMoto Is Working On A KTM 790 Adventure-based Terrain Tamer

The motorcycle has been spotted testing 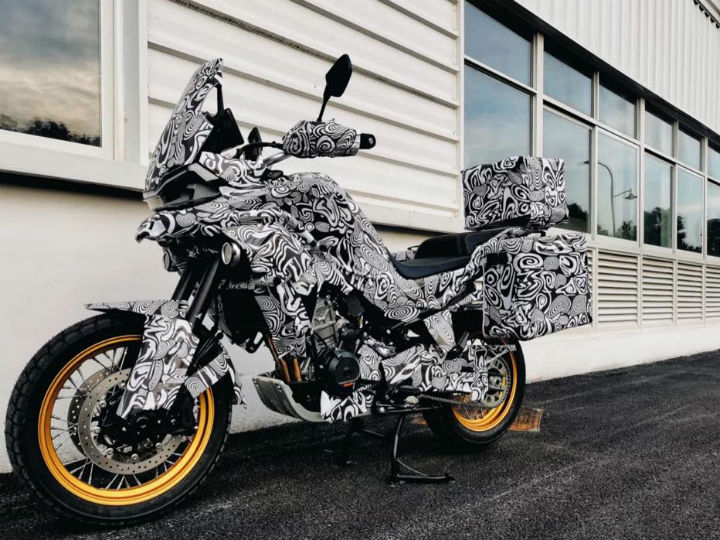 The 800MT, CFMoto’s big and burly answer to sub-1000cc adventure bikes, has been spotted testing abroad. The test mule looks pretty close to production, suggesting its imminent launch. Expect the bikemaker to bring the ADV to international markets in early 2021.

Going by the spy shots, the CFMoto 800MT’s design looks pretty sleek, along the lines of the Honda Africa Twin and the Triumph Tiger 900. The LED headlamp in particular looks quite similar to the latter. As expected from a CFMoto, this one too appears to have a large TFT instrument cluster. Expect this unit to come packed with modern features like smartphone integration with navigation assist and the likes. The ergonomics appear to be comfortable with easy-to-reach, tall handlebars; low seat and adequate wind protection. Expect the fuel tank to be fairly generous too, so that long distance touring wouldn’t be an issue.

The bike’s engine looks identical to the KTM 790 Adventure’s powerplant. It even has the KTM branding on the engine case. In the Austrian ADV, the 799cc parallel twin motor churns out 95.1PS and 88Nm. Expect the motor in the CFMoto 800MT to be tweaked slightly differently to give it its own character. Like the KTM ADV, this one too is likely to get a 6-speed transmission with bidirectional quickshifter as standard.

In the underpinnings department, the CFMoto 800MT packs an inverted front fork, rear monoshock, twin front discs with radial calipers and a rear disc with sliding caliper. To ensure better handling off the road, it rolls on a slightly larger front spoke wheel and a smaller rear unit, wrapped with dual-purpose tyres. This particular motorcycle seems to be loaded to the brim with accessories like auxiliary lamps, hard-case panniers, top box, sump guard, center stand and a body-hugging crash guard.

The CFMoto 800MT is likely to be launched in India, but it could take some time. That’s because CFMoto is yet to update its existing lineup to BS6 emission norms, and the coronavirus pandemic seems to have put a dampener on its plans. If we’re to be optimistic, expect the brand to launch the bike in India in mid-2021. Once launched, it will go up against the Triumph Tiger 900 and the upcoming Ducati Multistrada 950 BS6.