How Different Are The Two Kawasaki 650 ADVs?

Look closely and you will notice, they are worlds apart! 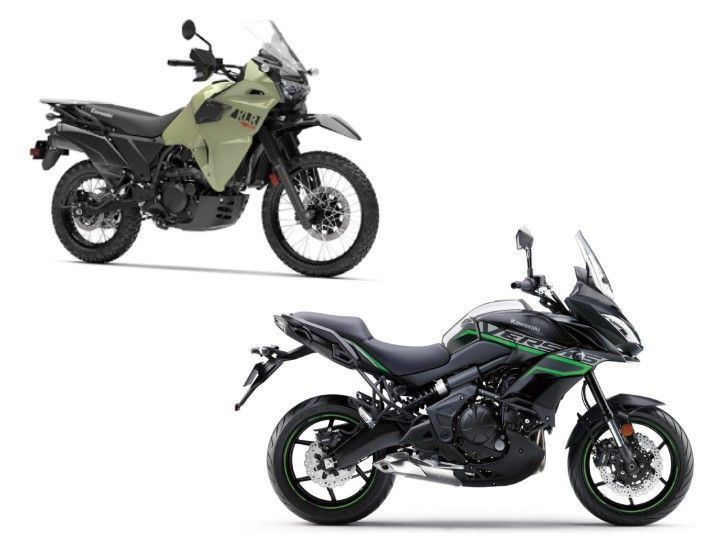 For almost 30 years, Kawasaki sold a thoroughbred 650cc adventure motorcycle that saw minor updates along the way. The KLR650 was a bike for all intents and purposes, capable of surviving the harshest of terrains. It was a motorcycle that, unlike the Versys 650, was capable of going off-road. The Versys 650, while having a proper adventure-like demeanour, was as effective at negotiating the dirty stuff as a Ninja 650, which is really inept. Ultimately, its production run was curtailed in 2018 but there have been signs of the model’s resurgence for the last couple of years.

Kawasaki did come through and launched the 2021 KLR650 in the USA, the mid-displacement adventure motorcycle that many have been dreaming of. And even though it displaces nearabout the same cubes as the Versys 650, there’s one major fundamental difference:

THE ENGINE!!!
Yeah, there’s a new 652cc single-cylinder liquid-cooled engine powering the KLR650. The updates on this engine are primarily in the fueling department as it now arrives in a fuel-injected avatar. This big bore mill is a stark difference to the one found on the Versys 650, sold here in India. The pseudo-ADV bears a 649cc parallel-twin liquid-cooled motor. No state-of-the-art electronics here but overall, it is a more modern powerplant that in our experience is quite peppy and refined.

The KLR’s single will be no match for it in refinement and it is low on performance as well: producing just 53Nm, which is 11Nm lower than the Versys’ mill. We are quite baffled with Kawasaki’s decision to soldier on with the single, one of the reasons why it is sticking to the ancient engine could do with tradition and nostalgic appeal. The twin would have been the more practical choice and it isn’t like it is lacking bottom-end drive either.

And the differences don’t just end there.

Design Language
The Versys has got a relatively modern sportbike-on-stilts ADV look about it; the KLR seems more pragmatic and functional. If you were to go off-road, the KLR certainly seems like the one that can take a bashing. The minimal spartan design would also be cheaper to fix when you do eventually drop the bike.

Features
Believe it or not, it is the KLR and not the Versys that has an all digital info cluster. Both bikes have LED headlights and tail lights with conventional bulbs for turn indicators. As is the case on most ADV tourers, both bikes also get 12V charging sockets. The windshield is adjustable on the Versys but not on the KLR.

Foundations
Suspending the KLR650’s single-downtube frame is a telescopic fork and a rebound- and preload-adjustable monoshock. Both of these units boast of extra suspension travel compared to their fancier counterparts of the Versys, reiterating the latter’s road-biased tendencies. The KLR also gets a proper ADV 21-/17-inch spoke wheel setup and comes shod with dual purpose rubber. The Versys makes do with 17-inchers at both ends that come wrapped with road-centric Dunlop tyres.

Braking components on the Versys are far superior, the bike anchored by twin 300mm rotors at the front with dual-piston calipers chomping down on each one of them. The rear 250mm disc is slightly larger than the KLR’s. Of the two though, only the KLR offers the option of switchable ABS.

There you have it, those are the changes between the two Kawasaki mid-displacement ADVs. Now if you are wondering when the KLR650 will be made available here in the country, then we have some disappointing news. The bike doesn’t quite meet the EU5 norms and is only on sale in the USA and other such countries where emission norms are more lax. Also, it wouldn’t entirely turn out to be an affordable proposition, making little sense to Kawasaki in offering it in India. However, we must bear in mind that it did bring the Ninja 400, Versys-X 300 and the Z900 RS with ridiculously-high price tags. So, never say never then with Kawasaki India?