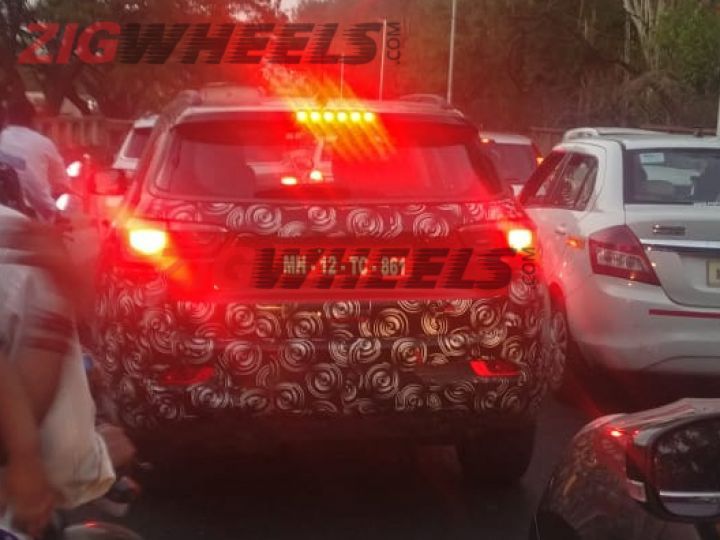 It's exciting news for those who have been waiting for the Jeep Compass Trailhawk, as the SUV has been spied testing on the streets of Pune. The carmaker will launch the off road-spec Compass in the month of July. But for those of you who can’t hold on your excitement till then, read through to know more about the SUV.

The Jeep Compass Trailhawk will debut the 9-speed automatic gearbox mated to the tried and tested 2.0-litre Multijet Diesel engine. The engine produces 173PS of power and 350Nm of torque and will most likely be compliant with the upcoming BS6 norms. Yes, for those of you waiting for a diesel automatic Compass, it's time to rejoice. But while the Compass finally gets that, the hardcore off road variant might miss on the stick shifter.

Talking about appearance, the Trailhawk shares its looks to its road-biased sibling. But look closely and the spy shot reveals that the offroad-biased car rides higher than its standard sibling. It gets dual-tone alloy wheels which looks similar to the one found on the Limited Plus trim. At the back, the car spied here gets a heavily camouflaged rear bumper, which could mean that the Trailhawk variant will feature a more muscular bumper with tow hooks to keep up with its name. The test mule here was also wearing a dual tone colour scheme with a black roof. While we couldn’t get pictures of the front end, it will get a chunkier bumper. The central portion of the bonnet has been finished in black as well. This not only is in-line with the two-tone scheme, but it also reduces glare on the windshield.

Inside, the Compass Trailhawk is largely expected to be similar except for a few changes. The colour scheme is expected to be all-black compared to the black-ivory combo seen on the road-biased car. The Trailhawk is also expected to feature a bigger MID and cruise control to set itself apart. Apart from that, the SUV will get the 8.4-inch infotainment system from the Limited Plus variant that features Apple CarPlay and Android Auto, dual zone climate control and some additional buttons on the Jeep Active Drive Selec-Terrain system.

Oh wait. Did I say additional buttons? Yes, the Compass Trailhawk is the one to go for if you need a Compass injected with the hardcore off-roading Jeep DNA. Apart from the four driving modes -- Auto, Snow, Sand and Mud -- you get an additional Rock Mode. Things don’t stop there: the SUV also gets a low-range mode with a locking rear differential to do some serious trail-busting.

The Compass Trailhawk is likely to be priced at a premium of Rs 3 lakh over the Limited Plus Diesel AWD which costs Rs 23.11 lakh ex-showroom Delhi. For that premium, you get the convenience of an automatic gearbox and additional gadgetry. So for all those of you who have been waiting for the diesel automatic Compass, the wait is almost over.